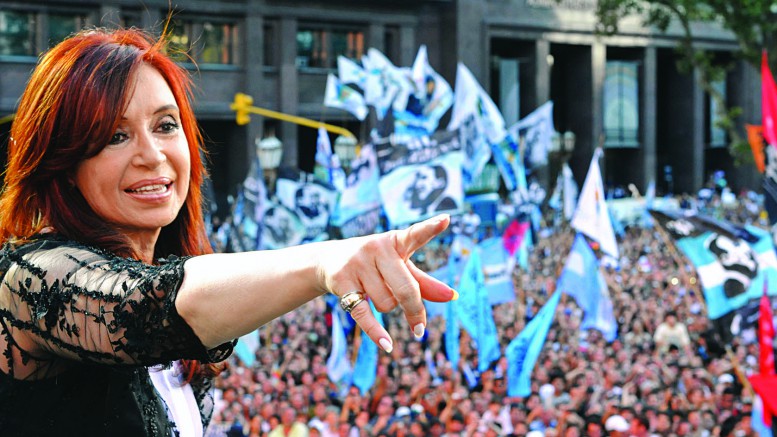 Much of this can be traced back to a September 2012 comment by SYRIZA leader Alexis Tsipras during a parliamentary debate with the then Finance Minister Yannis Stournaras, when the opposition leader said: “If only we’d become [like] Argentina.”

The context to his statement is important, though. Stournaras often used the argument in interviews and debates that had Greece not gone into a troika program, the country would have become like any of a number of distressed nations, from Argentina, to Arab Spring Egypt or civil war-torn Syria. In one of those debates Tsipras responded with the argument that given what Greece had gone through in the previous four years, Argentina’s course would have been more dignified and, therefore, preferable.

With Argentina forced by a court ruling to default last week, the Greek government, which has been left with few convincing arguments to support the policies imposed by the troika, grabbed the opportunity to corner SYRIZA. The main opposition party, which probably regrets the moment Tsipras made his Argentina, hit back and accused the coalition of celebrating another country’s difficulties.

A rather complicated story was reduced to cheap shots and ignorant remarks that further exposed the low calibre some of those who participated in the “Argentinology” debate – some members of the media included.

To properly debate Argentina, the narrative needs to start in April 1991when the South American country pegged the peso to the US dollar via a currency board in an attempt to curb hyperinflation which had averaged more than 300 percent in the previous decade. The notion of convertibility is that there will be no more local currency in circulation than the central bank has reserves (dollars in this case) so it can convert them one for one. This heavily restricts the money supply. The money press was essentially switched off and Argentina went from having an average inflation in 1990 of over 2,000 percent to just 3.4 percent in 1995.

The country was growing between 6 and 10 percent each year with a small blip in 1995 due to the Mexican crisis. Led by the economy minister Domingo Cavallo, the father of the US dollar convertibility, Argentina followed the policies that the International Monetary Fund has been long advocating: Extensive privatizations, deregulating the economy and adopting liberal market policies. Throughout the 1990s Argentina was considered the poster child of international organisations, including the IMF.

This masked the economy’s underlying problems: Corruption was ripe, the fiscal deficits were willingly financed by repeated issues of debt and – most importantly – while pegged to a runaway dollar Argentina was becoming increasingly uncompetitive. It was effectively in a currency that it did not control and which did not reflect the country’s macroeconomic fundamentals.

The first major cracks appeared in 1998 after the Russian crisis and even more so after Brazil 1999 announced in January that its currency would no longer be pegged to the US dollar. Brazil allowed the real to devalue, severely harming Argentina’s exports since its South American neighbour represented 30 percent of Buenos Aires’s trade flows.