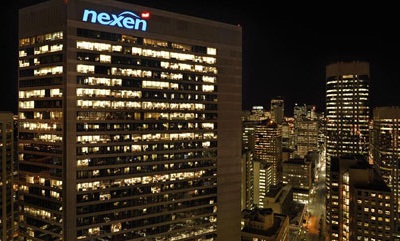 BEIJING | China is thirsty of energy. It’s the world’s biggest consumer of energy and the second consumer of oil. The world’s biggest country needs energy more than anything in order to keep the engine of growth working at high speed. Furthermore, development and urbanisation plans might put their dependency on foreign resources to the brink due to an increasing need of energy to power its vast urban areas.

So, how to counteract the widening gap between the supply and demand of energy in a sustainable manner? By going beyond purely energy needs and imports. And this is exactly one of the purposes behind what is expected to become China’s biggest overseas deal since 1995: the buying of the Canadian gas and oil producer Nexen INC by the Chinese state-owned oil company CNOOC Ltd. A $15.1 billion deal without precedents aimed at diversifying supplies and decreasing dependency on the availability of fossil fuels supplied by resource-rich countries.

A wise move that also happens to foster the sustainable investment the country needs to ensure it’s economy keeps growing in the long term. Through Nexen, China will base itself in the resource rich Canada while gaining access for the first time to the oil fields in the waters of the North Sea, the Gulf of Mexico and Nigeria. A source close to the deal was quoted in the government’s mouthpiece China Daily as saying that

“this is a friendly deal … there is a great deal of forethought given to the kind of presence in Canada that the government is seeking.”

This cryptic message seems to elude to China’s great effort in becoming a major player into de global energy map. Being a major importer implies dependency. But with Nexen the country has the opportunity to acquire know-how on new ways of operating and exploring for gas and oil in order to get cheaper energy sources. Something that will also increase their competitiveness.

Beijing has made a big and unprecedentedly bet that if confirmed will result in the country entering a new sphere within the energy sector. Being part of this exclusive new group entails major issues with regard to the mindset of its masters. A source familiar with the deal in China quoted by Reuters news agency highlighted

“The key is whether CNOOC can successfully consolidate and manage the new company, whether it can reach its targets over the next five years.”

So far, with such deals the world’s second economy is managing to turn its major weakness into an opportunity. If the deal is finally approved by regulators, China will be on the right track in its quest of investing in projects with the potential of bringing results in the long term. Specially when energy prices are expected to rise.

Be the first to comment on "Energy: China’s Achilles’ heel?"