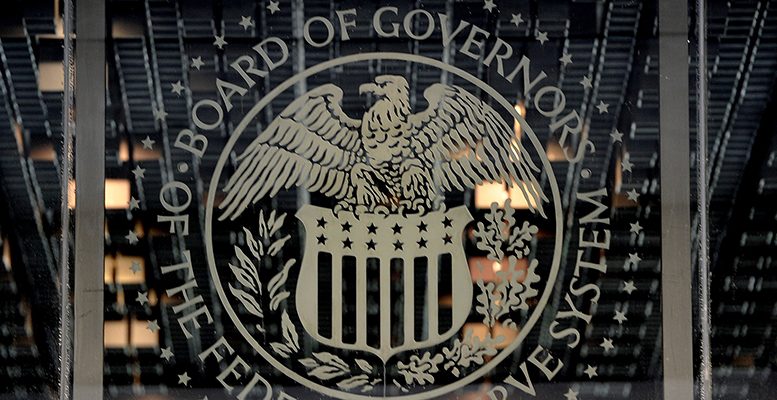 The US Federal Reserve emblem

Monex Europe | Markets were running away with how aggressive the US economic rebound was projected to be and tried to second guess the Fed’s reaction function under the new Average Inflation Targeting framework, but the Summary of Economic Projections (SEP) highlights how premature this expectation was. While the US economy is expected to grow some 6.5% this year, up 2.3% from December’s projections due to increased vaccinations and the $1.9 trillion fiscal stimulus package, the faster recovery was accompanied by an increase in the inflation projection, which sits just above the 2% target at 2.1%. While under the Fed’s previous reaction function, this would have been sufficient for greater speculation of rate hikes, it wasn’t the case today with only two more Fed members joining December’s chorus of five in expecting higher rates in 2023.

Chair Powell doubled down on the tone struck by the SEP and policy statement in his press conference yesterday emphasising the need to witness substantial progress in the recovery before signalling the exit of post-pandemic policy measures. The tone taken by Powell suggests the Federal Reserve will happily sit behind the curve as inflation overshoots in the coming years, helping to further push back rate expectations and anchor real rates in bond markets. Beyond that, Chair Powell added little information about the parameters of the Average Inflation Targeting (AIT) regime, stating that the FOMC has avoided quantifying inflation “moderately above 2%” for a reason, likely to avoid markets front-running the Fed’s decision to normalise and prematurely tighten financial conditions more than it would if it was left to merely speculate.

With regards to the Fed’s Quantitative Easing programme, Chair Powell reiterated that now is not the time to talk about the tapering of asset purchases. Similar to the discussion pertaining to the inflation overshoot, Powell gave very little information beyond that as he reiterated the signal for tapering will be struck in advance of the fact. If the 2013/14 playbook is anything to go by, the tapering of QE should take around 12-18 months this time around, with a signal of the tapering occurring at least two meetings prior (3 months). With QE expected to cease prior to rate liftoff, this timeline still leaves a lot of leeway for the Fed to signal the tapering of asset purchases should it choose to ultimately hike rates in 2023 – which remains subject to the progression of the data.

With regards to the near-term inflation forecast, base effects and transitory developments will drive the projected spike to 2.4% -this isn’t sufficient to warrant a policy response. Meanwhile, Powell stated that the dot plot is the combination of individual views and shouldn’t be overanalysed. The problem is, with very little to quantify the parameters of the new inflation framework, markets are going to take whatever information they can get, even if the forward-looking measures aren’t representative of the Fed’s behind the curve reaction function.

The most welcome release of pressure was seen in EM high-yielders such as ZAR and MXN which had felt the pain of a higher risk-free rate in the US previously. We argued that given the fixed income market developments leading up to today’s Fed meeting, the message communicated by the FOMC would define the broad dollar trend afterwards. With the Fed reinforcing the dovish nature of the AIT in spite of the vastly improved economic outlook, we continue to believe that broad USD weakness will resume as the Fed’s stance caps further upside on front-end yields. Divergences in central bank reaction functions are likely to continue driving yield spreads and thus FX price action, placing the emphasis on hawkish banks like the Norges Bank and Bank of England who are due to release their latest policy decisions tomorrow. One by-product of today’s Fed announcement is the return of FX volatility around hard data releases, especially as the economy reopens and the fiscal multiplier is measured.