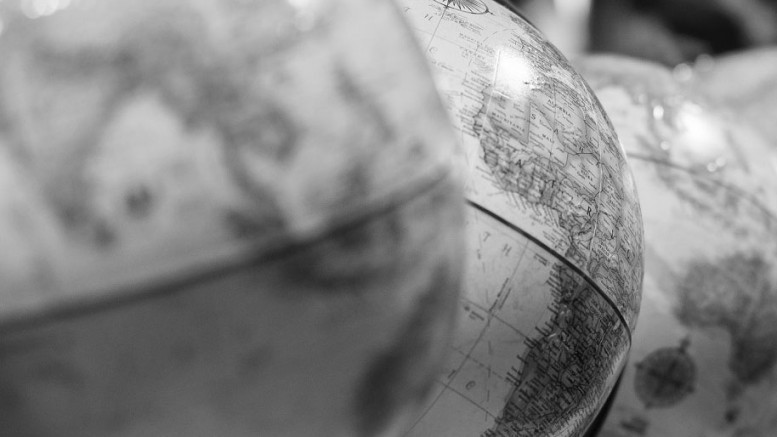 Andrew Sheng via Caixin | The International Monetary Fund (IMF) has declared that the global economic recovery is broadening amidst buoyant markets. Its global financial stability report argued that there is a good chance for a sustained recovery and the eventual normalization of monetary policy.

There is sufficient confidence that the advanced countries’ financial systems have become more resilient by raising capital, addressing past weaknesses and following the recommended regulatory requirements.

In emerging markets, capital flows have rebounded because the dollar has remained weak as the Fed seems to have postponed rate increases. With low interest rates, bond markets remain high while equity prices continue to rise.

No country can afford to be complacent about the current recovery. There is broad agreement that while monetary policy should remain accommodative, monetary policy alone cannot support sustained recovery. Deep structural reforms are vital to preventing another crisis.

If this consensus is to be believed, then everything might be lower for longer. What this means is that central banks will not be hasty in raising interest rates, because both financial markets and politicians want an accommodative monetary policy. Few politicians have the political appetite for tough fiscal policy and policy reforms, so everything will depend on central banks continuing to pump out money.

The market thinks that given widespread excess capacity, inflation will not be a serious threat. Since large corporations are still flush with cash and unwilling to invest, the global recovery will not be strong. Despite significant technological innovation, there are little signs of improving productivity. Furthermore, oil and energy costs will remain subdued due to excess production capacity, despite OPEC production cuts.

The IMF has warned of five vulnerabilities.

First, market risk is rising is because there is too much cheap money chasing too few yielding assets. There is over $10 trillion in dollar debt outside the U.S., but emerging market borrowers may not have the liquidity to repay if the Fed were to tighten. Despite this, credit spreads are close to historic lows because investors worldwide have no choice but to hold some yielding assets.

Second, in almost all economies, debt levels are still rising because of historically low interest rates. Should interest rates increase for whatever reason, then some borrowers may fail. This could trigger the same kind of contagion that sparked the 2007 debt crisis.

Third, emerging markets and low income countries are vulnerable for a variety of reasons. Some are fragile, failing or have already failed due to climatic disasters, civil war or mismanagement caused by to corruption and inept governance. As long as portfolio flows are positive, flows remain manageable, but a sharp reversal will bring disaster, like in the Asian financial crisis 20 years ago.

Fourth, the IMF worries that the recent growth in the size, complexity and speed of credit growth in China may make the country vulnerable.

Fifth, financial markets remain complacent about various potential shocks, such as geopolitical risks, the sudden return of inflation and a snapback in long term interest rates, as well as a downturn in growth. The IMF’s downside scenario portrays a situation in which a sharp rise in interest rate spreads and $100 billion in portfolio outflows from emerging markets could give a shock equivalent to one-third of that of the last global financial crisis.

My own assessment is that the next financial crisis is less likely to occur in advanced markets than it is in emerging markets. Despite their slowness, reforms in the last 10 years have made the advanced markets less vulnerable to external shocks. A major vulnerability is their domestic politics, which have become very contentious, leading to policy paralysis in many areas. In the U.S., despite controlling Congress, the Republicans are unlikely to be able to push through tax reforms and infrastructure spending. In Europe, Brexit and the rise of right-wing parties has disrupted policy continuity, particularly on the issue of immigration.

On my recent trip to the Middle East I felt that the region will face many challenges amid low oil prices, and long-postponed decisions on rising unemployment, social inequalities and higher inflation will put growth at risk.

Within the emerging markets, only two countries and one region have still strong growth — China growing at over 6 percent, India at 7 percent and ASEAN economies (together larger than India in GDP and trade) at over 5 percent. All the others are struggling with the downturn in commodity prices and are vulnerable to capital outflows, which explain why bitcoin prices have not declined even though it has been banned in China.

Climate change issues are beginning to surface as major economic and social disruptors. After two consecutive years of record temperature rises, most countries are facing hotter summers, colder winters and very disruptive storms and droughts. This summer, the U.S. experienced two Category 5 hurricanes, which caused just under $280 billion in losses. While rich countries can afford to rebuild after natural disasters, the damage to basic infrastructure, housing and the economy suffered by Caribbean islands could be long-lasting. The same is true about the droughts currently occurring in North and Central Africa, from Mali to Somalia and parts of the Middle East, such as Syria and Yemen, which along with civil war are causing outward migration in the millions.

This raises a fundamental question which conventional economists did not consider to be a systemic problem in the past. Since the beginning of the Bretton Woods era of multilateral management of global security, finance, trade and investment in 1945, the world has enjoyed its longest-ever period of peace and growth without major natural disasters and wars. This meant that conventional developmental thinking does not factor in large natural disaster shocks or major wars, on the assumption that the multilateral system is sufficiently strong to deal with minor disasters.

Globalization has made the world more interconnected and interdependent, so that losses in one part are shared with other parts. But so far, with good weather and smaller wars, such shocks were never systemic in nature. As the rich nations have become more inward-looking and reluctant to provide global public goods due to their strained fiscal position and high debt, the resources available to help mitigate shocks to emerging markets, particularly those at the frail or fragile state of development, will be very constrained. This means that emerging markets that fail may not get sufficient help from multilateral agencies and that these countries may fall further into instability, decline and even fragmentation.

Such linear and incremental thinking on the part of the multilateral agencies may be generally optimistic. Given the world’s high-risk geopolitical rivalries and lack of consensus on trade and migration, we have yet to factor into consideration the downside risks from further policy mistakes and natural disasters. No one is stress-testing the system as a whole from greater shocks that are larger and longer.

We should try to be optimistic, but the current record seems to suggest that global growth will be lower for longer.