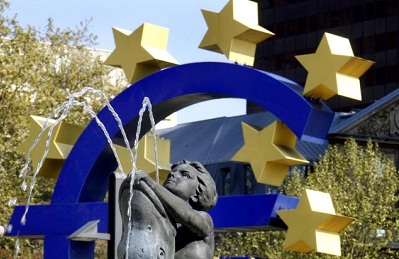 By Juan Pedro Marín Arrese, in Madrid | Greek politicians’ sheer incompetence and the stiff resistance of its population to renounce living beyond its means are branded as evidence of that country unavoidable failure. Yet it only shows European leaders’ blindness in grasping how a monetary union should work.

Their diagnosis on where the problem laid has proved to be utterly wrong. Obsession about budgetary targets, they knew beforehand to be flatly unrealistic, led them to ignore that Greek illness stemmed from a huge gap in competitiveness. High salaries, too early retirement age plus a patronising and massively inefficient public sector shattered any hope to put the economy on trail.  How this self-destructive system could survive unscathed for so long? The answer is quite obvious. Widespread monetary easing allowed this country to live on credit. When the crisis unravelled this rigmarole, confidence in Greece collapsed.

Curbing the disease implies lowering living standards to recover some competitive edge. Devaluation, needless to say, stands as the only sensible and painless tool to reach that goal. But that exit is barred should your currency remain locked into fixed rates, as the prize to pay for euro membership. In that case, you are forced to undertake a real adjustment, dashing any hope of a monetary one. Imposing mandatory reductions in pay and pensions, and scrapping out any trace of a welfare state are far from popular measures. They  inevitably lead to fierce opposition in the streets. A most unpalatable choice for anyone engaged in bidding to win an election.

The flaw in European monetary union lies in the fact that it only suits countries with similar competitive performance. Others always come under the threat of a speculative run on them. Should everyone emulate Germany by cumulating trade surpluses, you would end up with less expenditure and more savings all across. That is, less growth. Cutting this Gordian knot can only be achieved through a powerful central budget and massive reallocation of resources between rich and poor regions. As it stands, the dream of a monetary union lacking any effective budgetary counterweight can easily turn into nightmare.