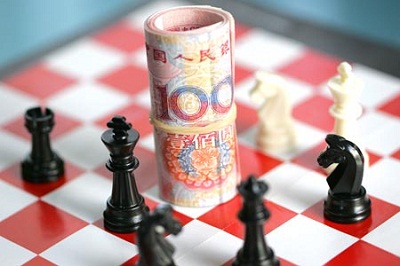 For months now the Spanish and international press have been announcing an imminent salvage of the battered European economy by the Chinese. What seems to be true is that it is something that is never confirmed, just rumours, no actual, concrete action on the part of China. This is the idea that is floating around the City in London and among the Anglo-Saxon commentators, especially among those who most favour a definitive crash of the euro.

However, last week’s bond issuance at 10 years held by the Spanish Treasury contradicts these speculations. China does support the euro, at least in Spain it does. In the aforementioned auction, the Chinese Central Bank purchased €1bn, 25% of the total, at a 5.4% interest. It was the biggest buyer of the issuance. The newspaper Expansión advances the news.

“The SAFE fund, a financial branch of the Central Bank of China, was the major buyer of the syndicated issuance of bonds at 10 years that the Spanish Treasury issued last week: SAFE purchased 25% of the total at an interest rate of 5.4%.”

This operation sharply contrasts with the skepticism that the sovereign Chinese fund (CIC) demonstrated this week and whose president assured that at this moment and time, the euro zone debt, especially the Spanish and Italian debt

“is not an ideal investment.”

The Chinese fund has also been investing in Spanish covered bonds (debt guaranteed by issuer’s loans and equity) during the past few weeks. For example, it purchased 8% or about €100 million of Banco Sabadell’s issuance on February 6, as some sources pointed out. It also participated in a similar bonds issuance by Caixabank.

As has happened in previous bond auctions in 2012, the Spanish Treasury was allowed the luxury of placing an amount exceeding the expected maximum, €4 billion, which covers a third of its funding needs for this year in just six weeks. Despite the recent rating downgrades and today’s adverse context, the demand for Spanish bonds has increased. The Treasury opened last Friday’s sale aiming at placing at least between €3bn and €4bn in bonds at three and seven years. The final amount obtained, €4.047bn is just above the expected limit.

The amount could have been even greater, given the wide range of demand, €11,.69bn, almost triple the amount awarded. The requests exceeded the supply by 4.4 times for bonds maturing in 2015 (double the 2.2 times of the previous auction) and by 2.2 times (as opposed to the 1.6 of the previous auction) for the bonds maturing in July 2015, and by 3.3 times (2.1) for bond maturing in 2019. The increased demand characterises the placement price as mixed.

Be the first to comment on "Weekend read | China does help the euro, in Spain: ask their central bank"