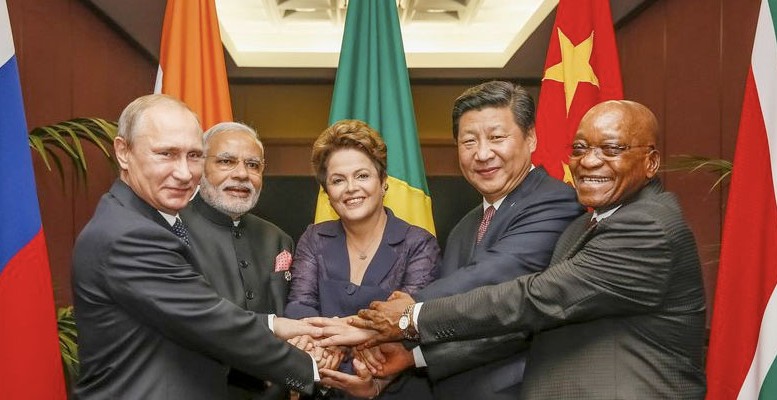 Until recently, when people talked about “emerging markets,” they were referring to the BRIC economies: Brazil, Russia, India and China. Undeniably, these countries have changed the face of global business over the past 20 years. Yet lately, the BRICs have been crumbling a bit, sparking many reports about their lackluster performance.

According to Trading Economics, Brazil’s GDP shrank 1.7% in the third quarter of 2015, “worse than market expectations,” and has had negative growth for over a year. The Russian economy did even worse, contracting 4.1% year-on-year. Even China’s seemingly unstoppable growth engine is slowing down. In October, The Wall Street Journal reported that China’s economic growth had fallen below 7% for the first time since 2009.

What about India, which a 2015 Fortune article called “the lone BRIC country that’s worth holding on to?” “I would say India has many things going in its favor,” agrees Mauro Guillen, Wharton management professor and director of the Lauder Institute. “Right now, it’s the fastest-growing BRIC, and there’s some momentum there.” But he cautions that India has “a long list of things” it needs to accomplish, including reforms, opening up its economy and investing in infrastructure.

Meanwhile, one can hear the rumblings of new economies arising. For example, in September American cereal giant Kellogg announced a $450 million joint venture with Tolaram Africa Foods to create breakfast foods and snacks for the West African market. Johan Burger, director of the NTU-SBF Centre for African Studies at Singapore’s Nanyang Business School, calls the deal “a very clear indication that there are companies that have come to realize … Africa presents a lot more than meets the eye.”

Two years ago, Procter & Gamble announced a major move in Africa as well, investing $170 million to create a new manufacturing plant in South Africa. According to CNN, the plant will make products such as detergents and feminine hygiene goods to serve markets in southern and East Africa.

And in 2014, The Wall Street Journal reported that in a survey of multinational corporations, Nigeria, Argentina and Vietnam were the “frontier markets” in which these firms expressed the most interest.

What Are the Next Emerging Markets?

“Right now, some of the fastest-growing economies in the world are not the BRIC countries,” observes Guillen. “Clearly, the geography of growth for emerging markets in the world is shifting.”

Guillen divides the potential new markets into three waves. His likely candidates for the first wave are Vietnam, the Philippines and Bangladesh. He believes that these Southeast Asian countries will become important as exporters and as manufacturing hubs. “These are countries that are benefitting from the migration of manufacturing away from China.” Specifically, it is labor-intensive manufacturing such as clothes, electronics and toys, he says. Although what is driving the trend is low wages, “like China before them,” jobs are being created, and the region will eventually develop a significant consumer market, he predicts.

In Guillen’s view, the second wave will probably consist of Sub-Saharan African nations—especially Nigeria and Kenya—which he characterizes as “growing very fast, but still under-developed … You’re talking about several countries that will very soon have more than 100 million people.” (Nigeria itself currently stands at 178 million.) “If you get the economy growing there in a sustainable way, you’ll create a large middle-class market for consumer goods.”

Guillen notes that the keys to continued growth are different for these two groups of emerging market countries. “In the Asian case, what they need is competitiveness when it comes to exports. And for the African cases, what they need is more stability, more people moving from lower-productivity occupations to higher productivity.”

Guillen and Burger agree that a major stumbling block for many emerging markets is the so-called “resource curse” or “commodities curse.” The term refers to a country’s having abundant natural resources such as oil and minerals. Although these valuable substances are readily purchased by other nations, commodities prices can skyrocket or plummet, leading to an unstable economy.

Of Latin America’s current recession, Guillen comments that it was caused in part by these “cycles of boom and bust.” He adds: “And now with commodity prices so low … there’s no clear way in which they’re going to be able to recover again quickly.” Jean-Marie Péan, a partner advisor with Bain & Company Middle East, also recalls the period when Brazil’s iron ore, for instance, was “selling like hot cakes.” He observes: “Relying on one source of competitive advantage for your revenues and growth which you do not control is very risky.”

Africa, too, is rich in valuable commodities. According to Burger, the continent possesses $82 trillion in known resources such as oil, coal, gas, copper, platinum, diamonds and gold. Many countries there are “fairly comfortable exporting commodities and living off that.” How has Africa fared against the “resource curse?” Burger states that its economies have so far been “relatively resilient” to the sharp fall of international commodity prices. However, he predicts that the slowdown of the Chinese economy will soon have negative effects, especially on Nigeria and Angola, which are major exporters of crude oil to China.

A Model for Emerging Markets?

“One day, they’re ‘emerging’; the next day, they’re neither here nor there, and five years later they’re again ‘emerging,’” Péan says of developing countries and our perceptions about them. He questions the wisdom of making lists—as the press tends to do—of the top new markets, especially given the yo-yo effect of the commodities market.

Péan recommends focusing instead on long-term success factors. For him, the qualities of a true emerging market are embodied in a country like the United Arab Emirates (UAE). He compares it favorably to its neighbors: “Why is the UAE successful when Saudi Arabia is not, when Kuwait is not, when Bahrain is not?” he asks, also naming Nigeria, Libya and others in the region.

While acknowledging that the UAE does possess key commodities—it is the world’s sixth  largest producer of oil, and a major producer of natural gas—he points out that about 75% of its GDP comes from non-oil sectors. “The UAE is one of the few emerging markets that has truly diversified its economy,” Péan says. “I consider [it] to be a country that has really been able to avoid the curse of a commodity—and that’s oil—that makes a country rich at times, but prevents people from working hard, from being innovative.”

He attributes the UAE’s success to its “visionary, stable leadership” above all, which he says is reflected in its founding. In 1971, seven independent emirates came together to form a state. In doing so, they agreed to give up some of their individual sovereignty, a phenomenon that Péan calls “quite extraordinary.” He notes that the UAE’s leaders “created competitive advantages” including developing Dubai as a logistics hub with a large port, free zone and airport. It was also designed and promoted as a tourist destination, and as a favorable Middle East location for international companies.

Dubai continues to attract businesses because of its good infrastructure, utilities, legal environment and real estate, and the availability of quality education, according to Péan. He points out that the UAE, a relatively small country with a population of under 10 million, had a GDP of $402 billion in 2015 and a GDP growth of 4.6%.

Burger, like Guillen, names Southeast Asia as currently having the highest growth potential, and Africa as having the second-highest despite the lingering threat of its “resource curse.” Nigeria, he says, is becoming a manufacturing hub for vehicle components for Toyota and Ford. Ethiopia is pursuing a strategy of becoming less dependent on agriculture. Citing a Standard Bank of South Africa report, Burger says that in the 11 countries which represent 50% of Africa’s GDP, there are 15 million households in the middle class. The number is predicted to grow to 42 million by 2030.

“The Kelloggs, Procter & Gambles and Walmarts of the world are targeting Africa in a meaningful way to tap into this massive opportunity,” says Burger.

However, Africa’s “massive opportunity” is paired with massive challenges, according to Burger. He describes security risks and political instability in many areas including Nigeria, Somalia, the eastern DRC, Burundi, South Sudan, Mali, the Central African Republic and Libya. In addition to these problems, Burger finds many African presidents deficient in leadership, noting that several are currently trying to stay in office against their country’s constitutional limits. “You’re sitting with leaders that somehow don’t understand that they represent the face of Africa, and what they do or don’t do impacts their countries.”

Africa’s infrastructure problems are serious, too, including insufficient access to water and electricity. But Burger points out that these issues can be seen as opportunities by investors and entrepreneurs. For example, the popular mobile payment system in Africa called M-Pesa has inspired another business called M-Kopa. With M-Kopa, people in rural areas can wirelessly pay a very small monthly fee to have solar lighting and cell phone charging in their homes.

“Countries and companies from abroad can have a look at what’s going on in Africa and invest, and get a good return on their investment at the same time that they’re helping Africa solve their infrastructure problems,” says Burger.

While the emerging markets in Southeast Asia, Africa, the Middle East, Latin America and elsewhere can do much to set themselves on the right course, some things are out of their hands, according to Guillen. Developing countries are dependent on established economies doing well so they will reliably buy the emerging countries’ manufactured goods and commodities.

“Another factor is what’s going to happen with the dollar,” says Guillen. In December, the US Federal Reserve decided to raise interest rates for the first time since the global financial crisis. “It’s going to produce a lot of changes in the world in terms of capital flows,” he noted.