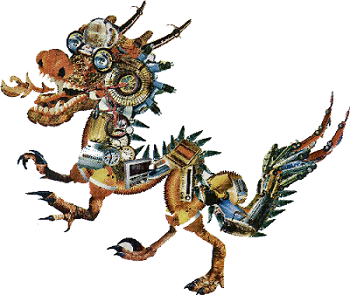 The World Economic Forum’s Global Risks 2012 Report highlights dystopia as one of the major three risk cases. The concept is used to describe a scenario where literally

“life is full of hardship and devoid of hope.” This is an ideal far away from the motto behind the Chinese Dream so insistently emphasised by the state’s propagandistic apparatus: prosperity will be achieved thanks to a society that works in unison to overcome hardship and make of China a big nation. An emblem sustained by the very hope that can easily be washed away by a state of dystopia. It’s happening already.

Not only the poor see how they are increasingly left behind the Chinese Dream due to income inequalities. The rich, although being in a privileged position, also see how their chances of enjoying the benefits of wealth are jeopardized by the lack of proper medical services, severe air pollution, rising living costs and fears of economic and political security. The opportunities for investment are a deterrent too. Corruption and the lack of a real liberalization of the economy also hinder the more of 900 Chinese millionaires to make the most of their wealth and assets.

According to the report released by Hurun Report and Back of China, 46% of the Chinese millionaires are considering leaving China, whereas 14% have already left or are about to. Canada, Singapore, USA, Hong Kong and Britain work as safe-havens offering more reliable centres of investment in a long term basis. Uncertainty about the faith of China’s economy is not an exclusive worrisome shadow for experts who fear a global recession. The Chinese share this anxiety too. Specially the vast majority of the population who are aware that they live in a country that’s prospering while they live a not so prosperous life.

Most of the population know that, unlike their rich country fellows, it is very unlikely they would have the opportunity to see how’s the world outside the second biggest world economy. For them, hope was the only spore they had and now they see how it is fading away, eroded by hiking food prices and a lack of a welfare state.

The loose of hope is a life threatening disease for the communist party as well. The current model based in economic aperture coupled with a strong grip on power was sustained by a rate of exports that is now decreasing. The cure, boosting domestic consumption, will only be achieved if optimism and hope are injected into the population so that the Chinese will consume without the frightening suspicion of being giving away the savings they were keeping to ensure that if the state failed to accomplish their part of the agreement, at least they’ll have something of their own to rely on.

Without hope China risks stagnation. If Beijing wants to avoid the haunting prospect of social instability that comes with it, the leadership should better start thinking about a new motto to keep the Chinese going without questioning.