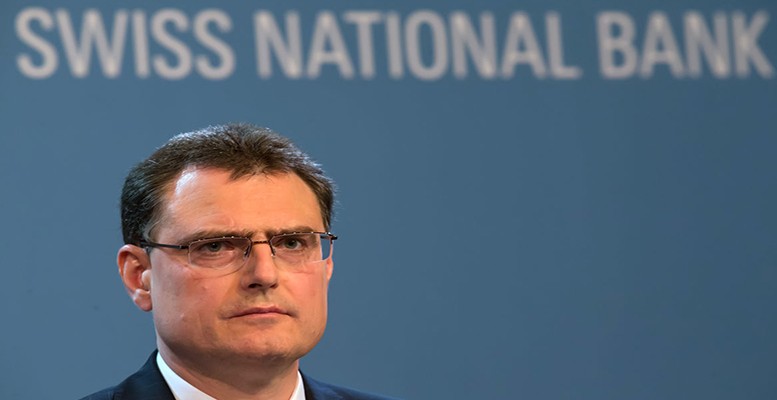 There were several considerations of alternative policies, in particular a higher, or more flexible, inflation target.

The Chairman of the Swiss National Bank, Thomas Jordan, could see the problem clearly, and had thought about a solution:

“Given that Switzerland is confronting an overvalued currency and negative inflation, one might argue that a higher inflation target or a looser definition of price stability is beneficial. A prolonged period of Swiss franc overvaluation is usually linked to the fact that the central bank has limited scope to cut nominal interest rates. A higher inflation target that induces higher average nominal interest rates could increase the SNB’s room for manoeuvre in times of crisis.”

But then starts the confusion:

This makes little sense, a different definition of stable would not be, well, stable. Mmm.

“A higher level of inflation often goes hand-in-hand with large fluctuations in inflation rates, which lead to the misallocation of resources, as well as to random and undesirable income and asset redistributions.”

“This, in turn, could undermine public confidence in the SNB.”

The confidence that was so well established by the unbreakable CHF 1.20 floor through which the Euro would not be allowed to drop versus the Swiss Franc. Yeah, right. How did that work out?

“Furthermore, likely indexation, combined with a failure to anchor inflation expectations, would diminish the effectiveness of monetary policy and lead to greater fluctuations in interest rates, economic activity and employment.”

“As a result, higher inflation is likely to be associated with considerable costs in the longer run and thus does not seem to be a suitable solution (see Ascari and Sbordone 2014). It also seems highly unlikely that marginally more scope for cutting interest rates would, on its own, have been sufficient to significantly dampen Swiss franc appreciation during the ‘Crisis Period’.”

But printing money was working very well. Monetary Policy 101 says that Policy is implemented  by control of base money, not by moving around target interest rates. And the SNB was doing a great job satiating foreign demand for Francs first by printing and then merely by threatening to print.