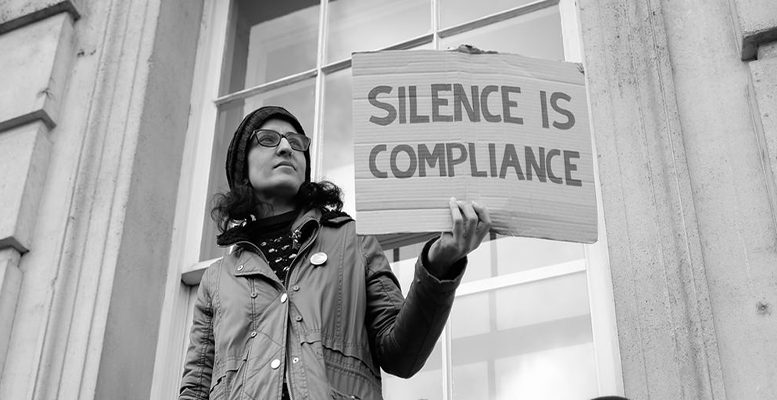 A protester in Whitehall.

It is commonly believed that the main reason for radicalism in Europe is the presence of entrenched xenophobic traditions of the majority versus minority, inadequate legislation on minorities and the increase in migration flows from Asia and Africa that create the demand for extreme-right policies from the indigenous populations. However, migration from developing countries into Europe has been present since the 1950s. In addition, radical Islamists are often second or third generation immigrants, born in Europe and fluent in the language of the country they live in.

It is therefore fair to say that the cause is more fundamental and lies in the self-determination and the readiness of minorities to respect the traditions of the majority and vice versa. Does this mean that traditions and legislation play a main role in this issue? Not necessarily. There is a whole range of influencing factors, including the type of integration model implemented by a country.

Most European countries, excluding Switzerland and, to some extent, Russia, have implemented an assimilation model of integration. This model allows members of any ethnic or religious minority to become French, Greek or Italian if they satisfy the strictly defined conditions for naturalization. In other words, to be a part of the French nation, a resident of the French Republic does not have to be French by ethnicity, but must be fluent in French, accept the history and culture of France as one’s own and feel an integral belonging to the country — to voluntarily assimilate.

The word “voluntarily” is key here. This does not mean that one has to forget one’s roots and native language. In France, for example, we find the descendants of Russian immigration of the 1920s who preserved the Russian language and their ancestors’ culture, but they were actually French in a cultural, linguistic and everyday sense of the word.

This model is still considered a major achievement of European democracy, an essential tool in the struggle against racial and religious discrimination. It is the result of a type of a nation state, a classical European model. It is based on the term “nation” as a community of people united by not only common land, but also a common supranational (supra-ethnic) cultural and historical identity, which is based on the traditions of the titular nation.

This is the reason why countries like France and Greece (excluding Western Thrace) do not recognize minorities at all — in their view, it would prevent their self-determination. Therefore, all citizens of France are considered French and all citizens of Greece, Greek. The same may be said about many other European countries, who refuse to recognize new national minorities, as the support of minority cultures, languages, education and so on (as required by the Framework Convention For The Protection Of National Minorities), as it contradicts the idea of assimilation and cultural self-identification.

In general, the European countries that recognize all minorities and ratify the Framework Convention without reservations also have the assimilatory integration model. Typically in these countries, there is one national language and, sometimes, several official regional languages ​​belonging to traditional national minorities, there is no state support for schools, ethnic and religious minorities and so on.

The Corner does not necessarily share the author’s views.