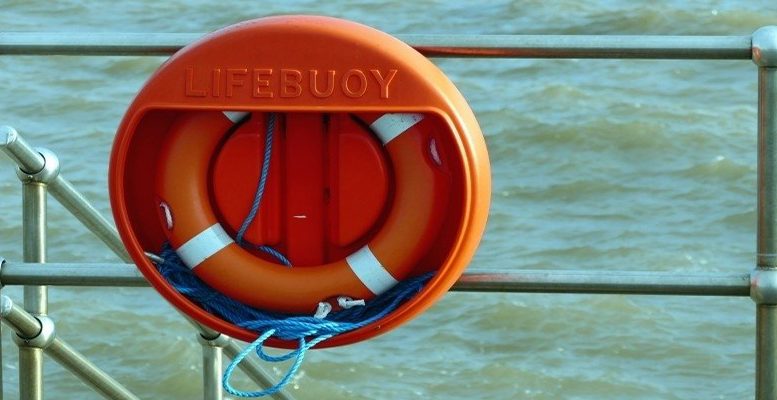 Neil Dwane (Allianz) | The response of central banks to the financial crisis 10 years ago may have saved the world from a devastating depression, but it also created a host of unforeseen effects – from more indebtedness to more economic inequality. Looking back at what we got right – and what went wrong – what lessons can we take away for the future?

The global economy suffered a financial heart attack 10 years ago, when Lehman Brothers collapsed and a credit crunch roiled the financial markets. The economy was revived by aggressive intervention from major central banks, which reduced interest rates to low or sub-zero levels and use quantitative easing (QE) to grow their balance sheets to more than USD 15 trillion, according to the Financial Times.

This has created a wealth effect across equity, bond and property markets – a “rising tide” that helped the financial industry and affluent investors. Yet it has not, in fact, helped the global economy fully recover. Instead, we solved a debt crisis by creating more debt – which made economic inequality worse, encouraged populist politics and strengthened anti-globalisation sentiment.

One decade after the financial crisis, perhaps it’s too early to celebrate victory. Instead, it may be time to consider all the other ways in which the world was altered by the actions of central banks.

Ultra-loose monetary policy had a range of unintended consequences…

Post-financial crisis, central banks globally pursued a policy of financial repression – a series of actions designed to stimulate the economy and reduce debt while maintaining inflation. Yet with interest rates cut to ultra-low or even sub-zero levels, savers lost the ability to earn a return without taking risk while those who over-borrowed or over-spent escaped mostly unscathed. Older generations in or near retirement were particularly hurt, unable to earn even a modest return on savings they were unwilling to risk.

QE and zero-interest-rate policies deliberately drove investors to take more risk to earn a return, and created a remorseless “hunt for income”. By driving bond yields ever lower, central banks interfered with the allocation of capital and encouraged the use of leverage.

This “central bank put” – which lowered interest rates and provided liquidity to calm markets – managed to lower financial-market volatility, but it had several significant downsides. One was that low rates encouraged procyclical flows into passive investments as investors stopped looking for value and instead focused on riding yesterday’s winners. Over time, stocks and sectors became increasingly correlated as their performance moved almost in lockstep. In fact, according to Bloomberg, 10 stocks accounted for 50% of the S&P 500’s size in the first half of 2018 – including the “FANGs” (Facebook, Amazon, Netflix and Google).

As central bank liquidity flowed in and the wealth effect spread, equity and real estate valuations accelerated. This further exacerbated economic inequality and forced some investors to re-evaluate long-standing valuation tools such as price-to-earnings ratios, which sometimes were so high as to be almost meaningless. As equity owners enjoyed a steady upwards march, fixed-income investors hunted for income, pushing the yields of some USD 10 trillion in bonds into negative territory, according to the Financial Times. This left the investors who owned them all but certain of a financial loss.

… for shareholders and corporations

Some elements of traditional equity ownership have been upended in the wake of the financial crisis – at times even the idea of buying shares in profitable businesses. With debt readily available from the credit markets, some corporations have created disruptive new business models that de-emphasised real profits. Instead, they began focusing on making their share prices more attractive by adjusting their debt-to-equity balances, undermining competitors who actually needed to make money.

Low interest rates have also prompted many companies to take on increasing levels of debt that they used to buy back shares. Some estimates show that annual share buybacks in the US have reached 3%-5% of US GDP.

In recent years, corporate board remuneration has also become a concern. The practice of aligning board-member compensation with share prices has – thanks to the long-term run-up in equities – has ensured ever-higher levels of compensation for board members. The same holds true with executive pay, which ballooned at a time when wages for much of the rest of society stagnated. When boards and management teams spend more time managing their company’s share price than the business itself, it can easily lead to less investment and more risky financial engineering.

Low interest rates have raised the cost of funding corporate and government pensions and other long-term liabilities, and many pension funds and insurance companies have been forced by regulation to own unattractive sovereign bonds that are set to lose value as interest rates rise. Worse still, poor accounting by some states has hidden the real cost of some of these liabilities.

Populations around the world are also ageing, placing a greater burden of care on governments that are already over-borrowing and making unaffordable welfare promises. These obligations will likely be met only through a combination of inflation, which destroys the value of those debts, and default, as some of these obligations are likely to be abrogated by future generations.

Because most governments did not use the time bought by central banks to restructure and reenergise their economies, they may well face the next crisis in a weaker state and with no new reforms in place. Banks have also been forced to hold more capital and will likely not be in a position – for good or for ill – to provide enough liquidity to the markets when the next crisis comes.

The past 10 years of low rates and central-bank liquidity injections have helped create a collection of “zombie” companies – generally older and weaker firms with interest expenses that exceed their operating profits. Because banks have an incentive to minimise write-downs in order to limit losses and avoid expensive recapitalisations, they frequently extend the loan-payoff period for weak borrowers – a process known as “evergreening”. Japan has suffered from these zombies for 30 years, and the US and Europe seem to be heading down a similar path.

Ideally, a market-based economy should seek to allocate capital to opportunities most likely to generate a profitable return. But by not allowing economies to “clear”, central banks have invited all the consequent effects of low innovation and productivity. Moreover, perpetuating zombies both undermines good companies and creates the stagnancy that leads to social and political frictions.

Also importantly, low interest rates produce two different reactions to investing and saving. In Germany, for example, savers tend to save more when rates are low to keep their plans on target. Meanwhile, in the UK or US, savers tend to spend their windfalls – thinking that with returns so low, their savings wouldn’t earn enough anyway, so why not get something they can use? The net result at a global level is that consumption has been advanced by the lack of saving while leverage has grown rapidly.

Indeed, in the global economy, growth is increasingly hard to come by: economies must now use 7 units of debt-to-GDP to create 1 unit of that GDP, leaving many economies and consumers living for today and trying not to think about tomorrow.

The importance of learning from history

As we note the 100-year anniversary of the end of the first world war on 11 November, now is an appropriate time for sober reflection. History has shown us time and again that peace and prosperity must be earned, and a number of factors must all align to maintain this delicate equilibrium – from geopolitical accord and international cooperation to sustainable fiscal and monetary policies.

Ten years after the financial crisis, the consequences of our collective response to save the world from a second Great Depression are still working their way through the system. But there may be signs that the social and political “pact” that we have relied on for peace is beginning to fray. As the American philosopher Georges Santayana once said, “those who cannot remember the past are condemned to repeat it”. It is an important reminder for all of us to continue trying to learn from our successes – and our mistakes.