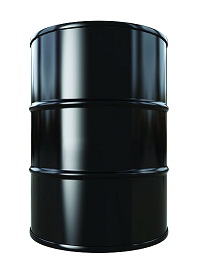 By CaixaBank research team, in Barcelona | Oil intensified its correction and, between 20 April and 21 March fell by 10.7%, reaching 109.10 dollars per barrel (Brent quality, for one-month deliveries). Crude was therefore 1.1% above its level at the start of 2012 but 2.1% below its level of a year ago, which will pull down April and May's CPI in most economies.

Oil prices confirm that they are following the downward trend due to Saudi Arabia's increased production and the effects on the demand for crude of the euro area's weakness. Its journey along this downward path will keep to 2012, as the long-term trend in supply and demand, particularly in the emerging economies, would support moderate increases in oil prices as from 2013.

How to win your girlfriend back

etals, affected by China's slowdown. The CRB index fell by 1.6% between 20 April and 21 May and, in the year-to-date, loses everything it had gained up to the start of March. Among metals, of note is the 7.3% fall in iron and 6.6% fall in copper, which has accumulated a loss of 9.7% since its peak at the beginning of March. Aluminium and nickel second the drop. Even sharper is the correction among precious metals, with large falls in silver, platinum and palladium. Among foods, the trend is uneven, with rises in wheat and falls in sugar. For its part, gold was down a relatively modest 4.1%, standing at 1,590 dollars per ounce.