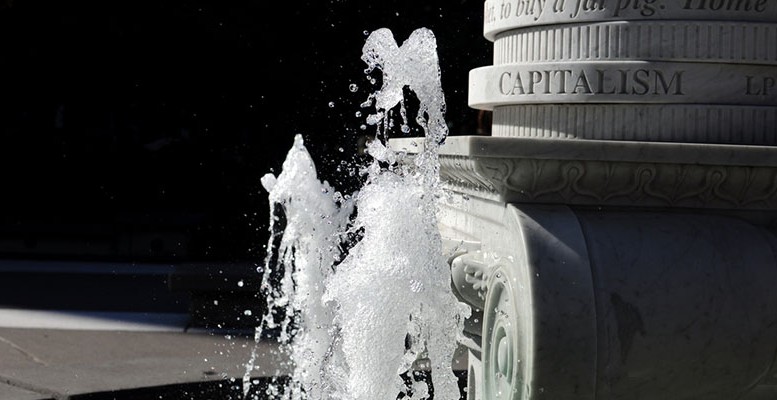 I will try to demonstrate the unusual and ground-breaking phenomena which led to the Big Financial Crisis of 2008 with data from the US. But this can also be replicated for other countries which lived through a speculative bubble (if there were any statistics available. Trying to get similar figures from the Bank of Spain or the National Statistics Institute is a major headache). The following graphs show the roots of the crisis.

I have tried to look for clues in the graphs about what happened and is still happening to a certain extent.
1) In the first one, the huge deviation of US households towards spending on consumer durables and homes (blue line) to bank credit (red line). This caused a severe patrimonial imbalance when the prices of both housing and consumer durables fell, but the mortgage still had to be paid. The bad thing is that, at the same time, these bank assets were converted into new, overvalued securities and transferred to other lenders where they were computed as first class assets with the consent of the rating agencies.

In other words, the investment in assets – homes – which offered little or no return, and are actually consumer goods, led to the formation of a balloon of liabilities from the consumers to the banks and from the banks to other lenders. To keep the process alive, it was necessary to ensure house prices continued to rise and financing continued to expand. While the value of houses increased, the banks went on lending, even on top of the original amounts. A speculative pyramid which everyone thought was wealth-enhancing, since it was based on the fact that the market price was the right one and would never drop.

That’s why property bubbles are devastating. When you buy an asset which offers a return, generating some profit to payback the loan, then at least this situation is sustainable while the economy is growing. But the only return on investment in a home is the constant price increase. As the price goes up, a bigger mortgage is granted for an asset which apparently is worth more every year. It’s one of the systems which Minsky called Ponzi, or the pyramid game. Whoever bought at the top of the market, before the collapse, was left carrying the can. But that was also the case for those who increased loans based on the revaluation of their homes. Millions of people. 2) The second graph shows non-financial companies’ credit market debt as a percentage of net worth. What is noticeable is the continous increase in credit at two very significant points in time: a the start of the 90s, just before the crisis, when the FED cut interest rates to their lowest levels yet, 1%. After the crisis, there was something of a correction, but it remains at historically higher levels. 3) The third graph represents non-financial companies’ increasing preference for what I call financial assets (green line): financial products as a percentage of productive capital (blue line). The change in trend happens at the start of the 90s, as in the previous graph. To get the investment in financial assets, I add the investment in residential real estate (not related with the usual activity, unless its rental assets. In any event, these have experienced the same drop in prices as housing.) Then I subtract these from the non-financial assets in which they are included. The big reason for this deviation is that share buybacks have become more common, resulting in compensation for top executives. As we know from the media, these practices continue. Note that non-financial companies’ increasing preference for “paper assets”has continued after the recovery. From an accounting point of view, the acquisition of paper assets in the secondary market adds nothing to the real investment.

The last two graphs can be interpreted as showing that the non-financial companies take on more and more debt to buy financial products and property, instead of financing investment in equipment.

To sum up, the roots of the crisis have been corrected, but only partially. Household and corporate debt has fallen, but what we could describe as companies’ financial self-absorption remains a concern. Or we could say that productive capitalism is ailing. We don’t know whether this is a consequence of the crisis, even though it preceded one of the causes, if not the biggest cause, as these two graphs would seem to show.

These are the reasons which have caused a redistribution of income in favour of the wealthy – as happens in all financial crises. And social policies don’t correct this. The main cause of this is the loss of solid, durable and well paid employment.

The worst thing is that there are no clear solutions envisaged. We would need to find out the deepset motives which make companies behave like this. From a micro point of view, perhaps they are acting correctly. But the combination of all the pieces, the macroeconomy, is a disaster. The level of investment as a percentage of GDP is still well below pre-crisis.

Risk management by the financial sector has also been poor. It seems some of the practices and excesses which fuelled the crisis have been eliminated, but not all of them.

At least so that the central banks can take action to stimulate demand without fuellling speculation at the same time.

As a matter of fact, the models in use, on which economic policies are based, still believe in the rationality of the markets, something which is increasingly being called into question. But it can’t be substituted by a different assumption without leaving us all in the dark.

So what can be done? We can’t answer this question by simply saying that regulatory reforms have averted the risk of another crisis. There are fears of another one, centered round China. It didn’t get burnt in 2009 because it triggered an official credit bubble, like the one which had taken us to the edge of the abyss.

Nothing is certain. And perhaps this saves us, according to Minsky, for whom “security in the system fuelled instability due to excessive confidence.” But perhaps not, if we listen to Larry Summers. He’s seen a profound change – which is perhaps what is shown in our graphs – for decades, although he doesn’t have a concrete solution either.

Is it about problems of demand, which is Krugman’s thesis? It seems that there is something more: a deep crisis of motivation. Demand driven by public spending could be an incentive for productive investment.

But the first thing is to rectify financial motivation, re-introducing a tighter and sistemic regulation. In this way, a bank can fail without it having a contagion affect on the global system.