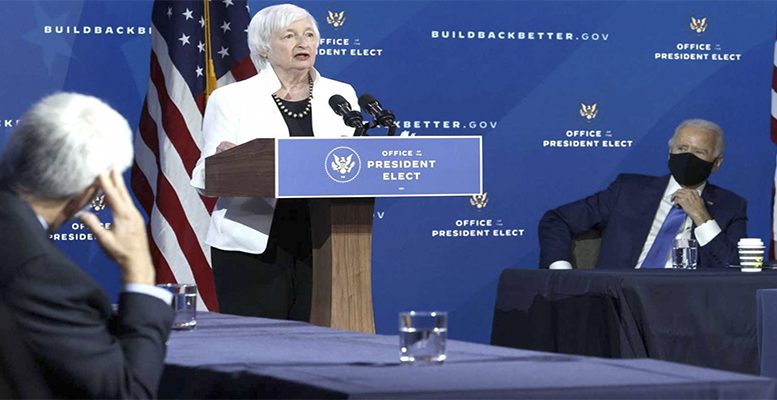 The appointment of the day will be in the United States, where Biden will take office as the country’s 46th President. This is happening against a backdrop of significant social fracture in American society which keeps tension high in the streets, with the FBI warning about the existence of plans for armed protests in the 50 states. Donald Trump will not attend the simple inauguration ceremony. The health and economic crises are Biden’s main challenges for the current legislature, including the approval of a $1.9 trillion stimulus plan for which he has the support of both chambers in the next year and a half.

Just yesterday Janet Yellen, who will serve as Treasury Secretary in the Biden Administration, defended that stimulus plan in her speech at the Senate Finance Committee. Yellen argued that in circumstances like the current one “we must act big,” prioritising economic growth and leaving aside fears related to the increase in deficit. So Mnuchin’s successor will facilitate the combined support of expansive fiscal and monetary policies to boost economic recovery. Yellen expects the low interest rate environment to continue for a long time and does not rule out the Treasury making long term (50 years) issues.

With respect to the dollar, she did not make a clear defence of its strength, but stated it should be the market that determines the currency value. This is contrary to Trump’s policy, which was more in favour of a weak greenback that would encourage US exports.

Regarding China, Yellen highlighted its harsh language, showing the willingness of the Biden administration to confront the Asian giant’s abusive commercial and economic practices. This augurs US-China relations will remain tense in the future.

In addition, Yellen flagged the reduction of the interracial wage gap as one of her goals for the next four years. Furthermore, an investment plan focused on infrastructure, green energy, health and education.