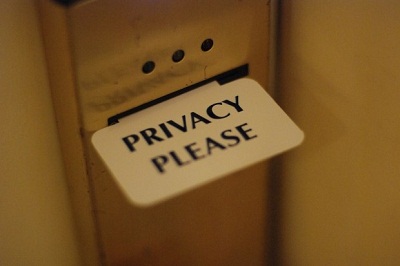 “It’s the same Google experience that you’re used to, with the same controls,” said the company about its new privacy rules on Thursday. Announced in January 24 and despite warnings from the EU earlier this week, Google’s highly controversial privacy changes took place on March 1st. European justice commissioner insisted they are in breach of European law. France’s regulator CNIL expressed its deep concern about the cross data and launched a Europe-wide investigation.

“[The CNIL and EU data authorities] have strong doubts about the lawfulness and fairness of such processing, and its compliance with European data protection legislation,” the CNIL stated.

So far, given its preliminary findings, the CNIL suggests Google has breached the law.  Last week, 36 attorneys general in the United States and its territories qualified the new policy as an “invasion of privacy” in a letter to Google’s CEO, Larry Page. Privacy groups like the U.S.-based Electronic Privacy Information Center, have sued in federal court to get the Federal Trade Commission to stop the change.

Yet Google didn’t change a comma. It claims the changes are perfectly legal and they will allow it to streamline the user experience, creating more helpful and compelling services.

“We know there has been a fair amount of chatter and confusion (…) We won’t be selling your personal data,” Director of Privacy, Product and Engineering Alma Whitten, reckons at the company’s blog.

What is new, in a nutshell:

Google’s business is to sell advertisement targeted on individual user behaviour. The more browsing information it can collect from its visitors, the more ads it can get. Many media and technology bloggers have strongly critiziced the company’s switch and have adviced consumers to enhance their privacy settings or minimize their exposure.

“What Google hasn’t spent much time talking about is how being able to draw more revealing profiles about its users will help sell advertising — the main source of its $38 billion in annual revenue,” published Fox News.

Notwithstanding, there are voices pointing out the accusations are premature and could be unfair.

“It remains to be seen what the EU’s privacy sleuths unearth when they comb through the details of Google’s latest tweaks. The firm is certainly under competitive pressure to generate an all-round view of its users’ behaviour online so that it can target ads at them more efficiently. In pushing through its changes, Google may have broken EU rules, either knowingly or unknowingly, but the facts have yet to be presented that demonstrate this is indeed what has happened,” states The Economist. “The company should be treated as innocent until proven guilty.”