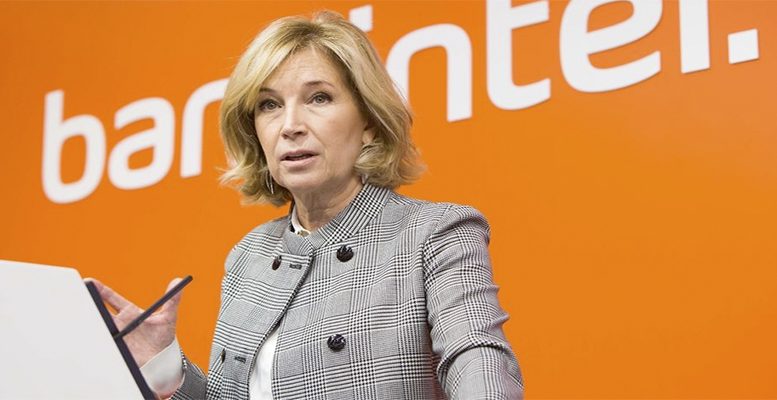 How different the Spanish banking system’s destiny would have been, and perhaps even our economy’s if our banks, and savings banks of course, had followed Bankinter’s example and behaved a little more like that lender headed up by Dolores Dancausa. The 56-year old has been the bank’s CEO since 2010, when she left her job as CEO at Línea Directa.

It’s proof that things can be done with maximum prudence, security and moderation, without being pulled along by prevailing bubbles. Bankinter was always cautious about adventures. In the years prior to the eruption of the crisis it established the bases to prevent it from being carried away by what was a catastrophe. For everyone, except for those who did not want to see it.

So while its sector colleagues, including banks like BBVA and Santander which had most of its business outside Spain, suffered badly from the downfall of the Spanish market, and practically all the savings banks disappeared, Bankinter continued to expand. It increased its business, its clients and even enhanced its already extraordinary performance in terms of results. As if the crisis was happening in another country far away from its own.

Because a quick look at the bank’s accounts between 2007 and 2016 leaves you almost incredulous. How did they do it? How did they manage to increase their balance sheet by 35% from 49.648 billion euros to 67.182 billion, with the economy in the doldrums, galloping unemployment, unpaid mortgages and consumption on its knees? Well they did it.

Maybe because they managed to ensure that their interest income (despite low interest rates) only fell 18% which they offset with a 64.1% rise in commissions. Along with other measures, this meant that in the end the gross margin doubled from 819 million euros to 1.717 billion euros. And in 2016, the bank recorded the highest results in its history, no less than 490 million euros, double the 208 million reached in 2007.

An example of a spectacular success story…which no-one wanted to follow. Perhaps because the sector itself never considered Bankinter as one of its own. It was seen as a very special bank, focused on a top-end middle class client, with a limited branch network. This was attributed to the fact that the majority of its clients were born of, or children of, digitalisation who preferred to operate via the Internet. Eyebrows were even raised when the bank announced time and time again that it was not going to participate – it didn’t get involved in the mortgage war which, as we remember, brought down Popular, up to then just as prudent as Bankinter.

Neither did it want to expand its network at the time of the boom, another “incomprehensible” decision. And that was a good move: nowadays all the banks are closing hundreds of branches.

A successful strategy if ever there was one given that, while Spain’s banking system was dragged down by an NPLs ratio of 9.1% Bankinter’s is only 4%. Furthermore, it has also managed to avoid problems like the floor clauses, which is costing its rivals thousands of millions of euros.

This doesn’t mean that it didn’t grant any mortgages. It did so, but with the utmost caution, and to very solvent clients, after analysing the risks with a a magnifying glass. Because one of Bankinter’s props has been its risk analysts department, the most scrupulous, formidable and finicky of the Spanish banks. No operation gets past it which doesn’t have 100% possibility of being repaid. And a department which, apparently, hardly relaxed at all during the crisis. So much so that the bank’s Return on Equity (ROE) stood at 10.9%.

This lack of mortgage-related burdens and damages, which paralysed the competition, gave Bankinter the freedom – the sufficient funds – to reduce its exposure to the wholesale financing markets and continue to bet on corporate clients. It was also able to focus decisively on consumer credit, via its Bankinter Consumer Finance division, where profits rose 60% last year, as well as its Línea Directa insurance subsidiary – which has proved to be a cash cow.

So it’s not suprising that Bankinter’s share price is still going like a rocket. It’s the only banking stock (8 euros) which has been recently on the point of exceeding its 2007-2008 valuation, when it got close to 9 euros. A real milestone, so some analysts are thinking the share price could be close to ending its spectacular rally.

Spectacular because the bank went from being worth a little under  two euros in 2013, the start of its rise, to over 8 euros currently. Its leading shareholder is Jaime Botín, with a 23.871% stake.

Although there are 17 analysts with buy, overweight and hold recommendations, there are 8 which advise an underweight stance. This is despite the fact the bank still pays very good dividends, guaranteeding a 50% payout. This has also helped to boost the share price of a bank which now has a stock market value of around 7.5 billion euros.

So it’s worth considering that the latter could be mistaken. Because Bankinter’s first quarter results have not only not shown any weakness, but point to 2017 being the lender’s best year, even better than 2016.

As a result of all this, it’s likely Ms Dancausa will win another international award for her incomparable work. One of these prizes which we are accustomed to see her winning, like that of “Best CEO in Spain in 2013” from Forbes.