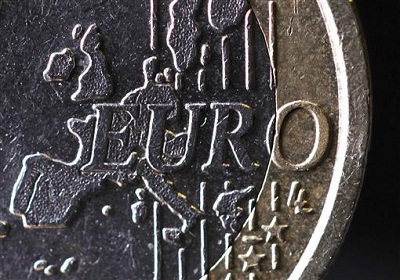 MADRID | Original post on republica.com | The European government, which some now call ‘governance’, has not been doing well for quite a few years. The expansion of the club during the last two decades has caused chronic indigestion, and a loss of perspective and project steam. The Single European Act (last decade of the XX century) meant a decisive step forward for a united Europe at peace, free, and in progress. But the next step, that of the single currency, imposed commitments, previously and afterwards, to the members, and required ceding sovereignty and accepting budget demands and complex macro economics measures that are insurmountable for many.

Some took it seriously, some not so seriously, and others figured that the powerful club would watch over them all because it would act in its own best interest.

The process of political integration has gone from one failure to another. The new European constitution stumbled when it clashed against adverse referendums even in some of the founding countries. And the Lisbon Agenda, too, approved in March 2000 with the purpose that the Europe of the euro reach in a decade’s time (2010 in the horizon) the first place in the world as an advanced economy, competitive and with full employment and social cohesion has simply not materialised. Very little is left of those dreams. Neither goals nor promises were kept by the strongest countries, starting with Germany.

And the 2007 financial crisis, the one with the toxic products that came up from the US housing sector meltdown and the Lehman bankruptcy, opened the door to an even greater crisis, the one of the peripheral and southern European countries’ debt. This is where we are at the moment: the European project gutted, stuck in the Greek crisis and threatened by Spain’s and Italy’s imbalances, countries which are decesive in the area. Now Europe is the problem, for the Europeans themselves and their partners.

Since May 2010, the European government, under a severe German leadership seconded by its French partner, has been trying to impose a policy of austerity and stringency that is not working and that has brought on the current recession wave. From all this mess, an authority with growing influence has emerged: the European Central Bank that, although its faculties may be limited, has provided a flow of liquidity to sustain the European financial system, seriously threatened by collapse and lacking a margin to supply credit to the system that is indispensable to avoid a full recession or come out of one.

Banks are the main actors in the crisis and they must be the ones who get us out of it; but to do so, they need to recover solvency and liquidity, in other words, do their job. In December, the ECB opened, as an exception and urgently, a little window onto liquidity, (LTRO) with modest guarantee demands when it gave almost half a billion of euros to fifty European banks at three years at a laughable price. What the governments of the Union are not capable of doing the ECB does in a day.

Tomorrow, the ECB will open another little window for the same amount and price and the banks will leap onto that money that will keep them from falling into the abyss. However, this will probably not allow the system to recover its credit capabilities. When historians analyse this crisis, the role played by the ECB will take up the main chapter. The doubt now is whether the verdict will be positive or negative. Yet, for now its role is fundamental; it’s holding the financial net together.

Be the first to comment on "The ECB injects oxygen: the euro breathes"