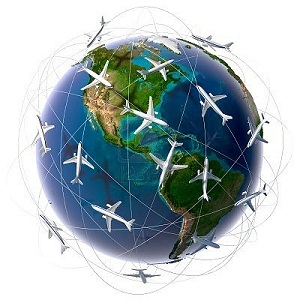 The International Air Transport Association published this week April data, which confirmed that there has been a certain slowdown on the overall still growth picture. From January to April, world air traffic was up by an accumulated 7.1 percent versus 7.4 percent in January to March. Emerging markets like Latin America, Middle East and Africa registered double-digit growth, while the down trend was worse in the US than in Europe. Be the first to comment on "Friday’s graph: downturn in US air traffic higher than in Europe"