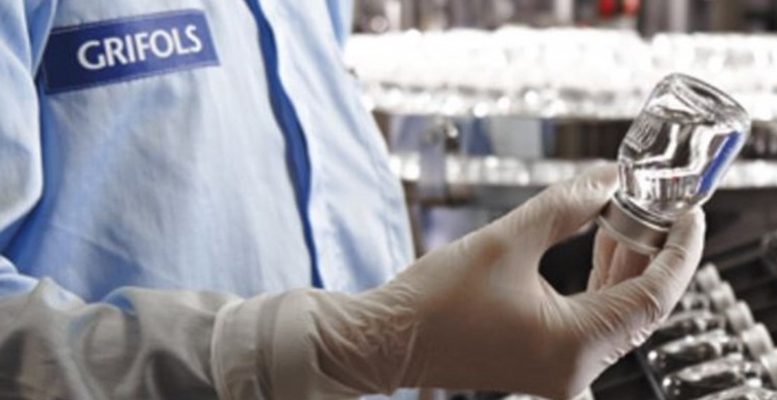 José Benito de Vega | Grifols has had a very positive stock market performance in 2019, with a 35% revaluation compared to 9% of the IBEX35. The positive evolution of its results, its powerful cash flow generation and debt reduction, together with its potential growth thanks to a treatment for Alzheimer’s that is under study, explain the good behavior of the stock.

Grifols S.A. is a Spanish multinational pharmaceutical and chemical manufacturer. Principally a producer of blood plasma-based products, a field in which it is the European leader and largest worldwide, the company also supplies devices, instruments, and reagents for clinical testing laboratories.

Its business outlook, especially in the area of ​​Bioscience (78% of revenues) is very positive, with growth in volume in the main proteins and prospects of market share gain and price increases for Grifols. Despite its important investment plan in capacity to cope with the increase in demand, the company is getting a solid cash flow generation that allows it to continue deleveraging.

The possibility of new uses for existing proteins would mean a very important structural growth for the company. During the month of December, Grifols will present the complete clinical results of phase III of the AMBAR clinical trial on the use of albumin for the treatment of Alzheimer’s disease and throughout 1H20 could receive a positive recommendation from the American Society for Apheresis, which can be a very important catalyst for the stock.

After its strong revaluation, it trades with valuation ratios of PER 20E of 24x and EV / EBITDA 20E of 16.3x. These ratios represent an important discount against its Australian competitor CSL (PER20E of 40x and EV / EBITDA20E of 27.6x), although a premium against the American firm Baxter (PER20E of 22x and EV / EBITDA20E of 15x). The growth that would result from the potential new uses of albumin is not contemplated in the consensus estimates of analysts and would lead to upward revisions with its consequent positive impact on the company’s valuation.

We believe that Grifols is an interesting investment option and we would use corrections in the stock to start an investment position with a medium / long term horizon.