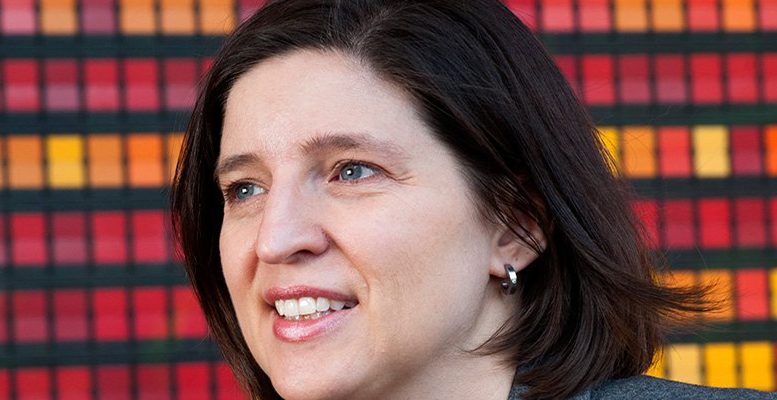 Ana Fuentes | Considered as one of leading technology economists, Susan Athey was a consultant at Microsoft for six years and now is board member at Expedia, Rover and Ripple. She has also been a member of the National Academy of Science since 2012 and was the first woman to win the John Bates Clark medal which is awarded to the best US economist.

Q: Global growth is running at 3.5%, but perhaps it would be a lot higher if we took into account the whole contribution from digitalisation. What do you think?

A: This is an issue debated by economists and a big mystery. Why have we seen such technological innovation in our lives – we all realise that we are much more productive at work thanks to information technologies – and yet this is not reflected in productivity figures? I don’t have the magic answer, but I imagine there are many benefits reaching consumers in way which is not reflected in the graphics, in the prices. Providing better quality services doesn’t necessarily cost more and the prices reflect the costs, and value is filtering through to consumers as an extra. If you allow your children to go to the park on their own and take a telephone, you can locate them whenever you want. Being able to access information which is very valuable for you…Those kind of advantages are not reflected in production or in prices. And it’s a challenge measuring them.

Q: And meanwhile, we will have redundancies…

A: Yes. In a company there will be at the same time administrative staff who take care of the bills and the workers themselves who send them by internet, although at the end of the day the company ends up eliminating the redundancy. This takes time because until the last task which those workers carried out is substituted, the job won’t be eliminated. Another example that I know a lot about is cloud computing. Many firms are moving internal applications to the cloud. While they are doing that, all their IT people are very busy rewriting all the code for the migration. When they have finished, they won’t be needed because the new system is more agile. Furthermore, many of the tasks which kept them busy like security or the maintenance of the network will be done on scale in the cloud by the suppliers of services for the cloud. And in fact many of the apps which they used can be substituted by these new services.

Q:  As part of Microsoft, do you believe that everything they have contributed to society has been taken into account?

A: That’s a difficult one. The PCs industry was very competitive, with low margins. If new technology appeared which made computers work better and more quickly, the whole world immediately adopted it. But the prices still reflected the costs. There were a lot of hardware manufacturers competing in the same system, this increased competition and the result was that every desk had a laptop, to activate e-commerce.

Q: It’s true that many of the benefits are widespread and affect the quality of life. How can we measure the value of everything we have within our reach?

A: It’s complicated…For example, measuring the fact that today an adolescent in any part of the world can receive the same classes online in the same academy as Bill Gates’ children…My father grew up on a small farm and had to walk for a long time to get to the library, where there were only a few books. The sad thing is that at some level, this should make us happier. But people base their happiness on what they have in relation to others. It’s somewhat complicated to state that objectively people today are happier just because they have access to incredible classical music which 200 years ago only kings could hear.

Q: Technological progress is concentrated in a handful of companies. They’re the ones which are driving Wall Street, but it’s paradoxical that some of them have not launched any product in the market for years.

A: Competition is especially important for innovation and some of these big tech companies also have a lot of power in the market. When they are isolated from the market in some way, because in the end Apple users are fairly loyal to the product, have learned to use it, perhaps have signed contracts which tie them to the company…these companies can survive for quite some time without innovating. And that can be a problem. That said, it’s difficult to keep innovating. When companies grow they become more bureacratic and it’s complicated to keep on maintaining a high level of innovation. So it’s no surprise to me to see innovative firms that grow and reach a point where they become less so.

Q: Is there more pure and simple innovation in Silicon Valley or in China?

A: I am very impressed by Asian companies because they have managed to get around huge obstacles like a public which to a large extent did not have bank accounts, for example. And they were not accustomed to using credit cards or buying on internet. They have created a whole ecosystem and now have incredible power. They don’t depend on a Google. It’s really amazing. People didn’t think they would do it.

Q: Cash is one of the last strongholds of anonymity, but you see it less and less. Do you think a world without cash would be possible?

A: If we give up cash for good, there will be no way of making a financial transaction without leaving a trace. There is nothing more anonymous than cash. If you don’t use cash it’s possible to find out what you spend your money on and what you are doing exactly. Tax evasion can be completely eliminated. You would not be able to buy anything that the government deems as illegal, like marijuana. This sounds great in an environment where people trust governments, because it would allow for the fight against fiscal crime, a lower tax regime because there would be no tax evasion…But the question is whether a society wants to adhere 100% to the law. And if the authorities got rid of cash, people might possibly find an alternative to maintain some degree of financial privacy. Another way of looking at it is that people need to realise that a digital world gives the government much more power. We need to implicate ourselves much more in our democracies, make sure that we choose the right leaders and we ask ask them to give us explanations and to acknowledge their responsabilities. Because in reality they have much more power than before.