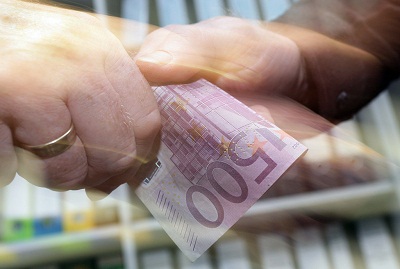 Three quarters of Europeans see corruption as a major problem at all levels of government, and 8pc of respondents to the latest Eurobarometer survey say that they have been asked or expected to pay a bribe in 2011. Not only corruptions remains a major problem in the European Union but levels are thought to have risen over the last three years.

The picture of Europeans’ sentiment regarding abuse is compelling, to say the least. Most Europeans think corruption exists within local (76%), regional (75%) and national (79%) institutions. Europeans believe that hush money and the nepotism takes place in all areas of public service. National politicians (57%), and officials awarding public tenders (47%) are the most likely to be considered involved in such activities.

The European Commission admits that corruption is also behind the contraction of investment, obstruction of the internal market and that it has a negative impact on public finances. The economic costs incurred by malpractices in the EU are estimated to amount to around €120 billion per year.

“It is disappointing to note that the practical results in tackling corruption across the European Union remain unsatisfactory. How many times have we said it was high time to act? Europeans expect national governments to take decisive steps. It’s time they did,” said Cecilia Malmström, EU Commissioner for Home Affairs.

In June last year, the European Commission adopted an anti-corruption package, calling for a stronger focus on corruption in all relevant EU policies (IP/11/678 and MEMO/11/376). It also set a specific EU Anti-Corruption Report for all 27 member states. The first issue is scheduled for 2013. Be the first to comment on "Corruption: trending now in the EU"