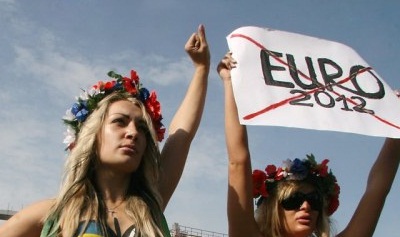 MADRID | In the dialectics of the confrontation about how much of a national rescue is the aid package being draft by Brussels for Madrid and Rome, politics has so far played the upper hand. Apparently, governments in Spain and Italy would attempt to depict any coming bailout under a different light than that of Greece, Ireland and Portugal so their parties can avoid the stigma of having failed their voters.

Opposition parties in both countries, though, would rip the fruits of social discontent if it were clearly established that the current authorities have been as unable to retain control of the public finances and draw a plan for economic recovery as those in Athens, Dublin and Lisbon.

Analysts at BNP Paribas explained in a investor note today that the case altogether is of a different nature. While Spain’s president Mariano Rajoy has admitted a bailout is indeed an option, and the Italian prime minister Mario Monti acknowledged that some negotiations have been going on for the euro zone funds to buy sovereign debt,

“none of the situations will end up with a country bailout. We can only refer to them as requests for financial aid,” the report said.

Just do the maths. A country bailout, BNP Paribas reminds us, entails sufficient capital to cover debt maturities and public budget deficit. And only debt maturities for Spain and Italy will sum €833 billion by 2014. The actual reach of the euro bailout funds is €987.2 billion.

BNP Paribas experts favour purchases of government bonds by the European Financial Stability Facility and the European Stability Mechanism, to which the European Central Bank should contribute, too. And conditions and restrictions apply. Be the first to comment on "Don’t call it Spailout-Italbailout, there isn’t enough money"