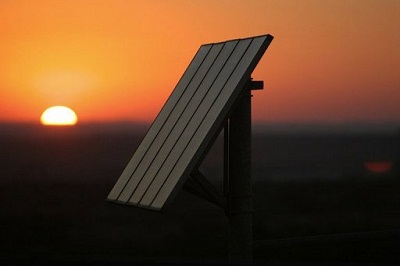 By Julia Pastor, in Madrid | The Spanish subsidiary of Siemens wants to transform Spain into the renewable energy provider for Central Europe. Spain is the European leader in green energy, specifically the number one in wind energy. In Europe, several countries have turned their back on nuclear energy, among them Germany, and are going to close their plants, and geopolitical instability due to the war for oil is already a permanent threat.

These are the arguments put forward on Thursday by Rosa García, Siemens Spain CEO, during the company’s presentation of its strategic plan for the next five years.

“Our solar and wind fields can generate clean energy to meet the needs of the areas where industrial structure is more developed. We cannot let this opportunity pass,” said the CEO.

García, who spent twenty years in the Spanish subsidiary of Microsoft, of which she became president, aspires to increase by 50% Siemens’ turnover in 2017, which would result in a profit of €2 billion.

The way to achieve these objectives, proposed by the renowned directors, is none other than to put Siemens technologies at the service of the renewable energy sector.

“Siemens has all the technologies Spain needs to recover from the recession, to gain in productivity and sustainability.”

García could not ignore the government’s recent decision to abolish the premium to the renewable plants to be constructed in the future. She asked that the sector not be ‘criminalised’ and she favoured giving priority to the continuity to ‘certain’ renewable technologies until they ‘mature’. She also requested of the government that it avoid a ‘patchwork’ energy policy, but she refused to make deeper assessments regarding other strategic issues such as nuclear power.

“It’s the governments that chose their energy policy, Siemens can only explain which technologies one must have to be more efficient.”

Another goal of the Siemens subsidiary is to contribute to the Spain brand. The company believes that it can provide its expertise to companies and join them in their internationalisation process. Nowadays, 110,000 Spanish companies are exporting and 50% of the Ibex 35 listed companies’ turnover comes from their international projects.

The third and last major impulse of Siemens technology in Spain can come in the form of cost savings and improvements in production processes.

“On the one hand, the Spanish industrial base is antiquated. On the other, the energy consumption is still very high and our solutions can help obtain a savings of up to 40%,” concluded the Siemens Spain subsidiary CEO.

Be the first to comment on "A Europe dependant on Spanish renewables: plausible or dream?"