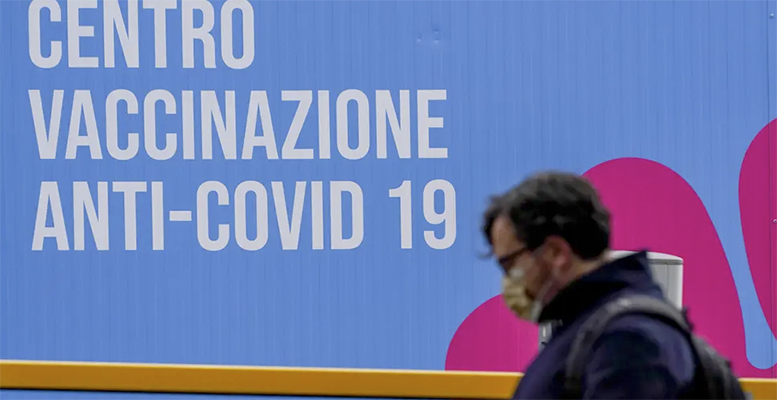 Vaccination rates in Europe are still a little behind the US and UK, but the gap is closing

Up to half of European adults have now had at least one shot of the available Covid-19 vaccines, infection rates have fallen dramatically, and lockdowns are gradually easing across the continent.

“After emerging from a double-dip recession, which ended in the first quarter of this year, Europe is now catching up with the recoveries already seen in China and the US,” says Van der Welle, strategist with the Robeco multi-asset team.

“Vaccination rates are still a little behind the US and UK, but the gap is closing as the pace is increasing – about 50% of the population of Germany has now had at least one jab, while the rate is about 40% in France and the Netherlands.”

“The biggest benefit has been the surge in mobility within the developed economies that relaxing the lockdowns has allowed, especially in Europe.”

“And that, of course, provides a boost to the service economy. This is reflected in the producer confidence metrics, both from the services and from the goods sector. Some are now at 15-year highs, or even a 17-year high in the case of sentiment in the services sector. So that’s really promising also for the subsequent GDP growth numbers which we can expect to see in the second half.”

Van der Welle says there are three key elements that underpin the bullishness about European growth. “The first and strongest factor in Europe’s favor is that savings levels are currently very high, and there will be a strong incentive for people to spend this cash when the success of the vaccination programs opens up economies further in the second half,” he says.

“The German personal savings rate – their percentage of income saved – was 20% in the first quarter, which is historically very elevated. It’s logical to assume that people really are eager to spend more on services such as travel when they are able to in the second half, and that dissaving will accelerate in the medium term.”

“The second element is that the fiscal thrust in the Eurozone will be with us for somewhat longer, thanks to the fact that there is now a green light for the disbursements of the EU recovery funds of about EUR 750 billion, which will be split up between grants and loans that will be spread out until about 2026.”

“Eventually moving from emergency support to more targeted measures will provide a boost to GDP in the peripheral countries. By keeping real interest rates at historically low levels for longer, the ECB will remain a credible fiscal financier which will support a full recovery.”

Van der Welle says ECB board members recently emphasized that the Eurozone should avert a fiscal cliff, and so both monetary as well as fiscal stimulus should remain in place for now. The recovery is still incomplete from a GDP level perspective, as it is still four percentage points below 2019’s GDP levels within the Eurozone.

“Given a relatively large output gap, core inflation pressures are likely to remain subdued in comparison to the US,” he says. “This warrants an accommodative monetary stance along with the emergency purchases from the ECB in the financial markets.”

“Echoing this sentiment, the European Commission has postponed enforcing the Maastricht debt criteria until the beginning of 2023. So, countries are also being given more fiscal leeway in that respect.”

There is also a political dimension as Europe is likely becoming more populist and leftist, partly in response to rising post-pandemic income inequality, and therefore would be more opposed to any future austerity measures, Van der Welle says.

“Any fiscal hawks will have difficulty gaining traction this year in pushing for fiscal austerity in comparison to the aftermath of the Eurozone crisis of 2011, given a political swing that becomes more populist and left leaning,” he says.

“Germany has elections in September in which the Greens are doing well in the polls. And when you look at the current coalition talks in the Netherlands, they are a bit left leaning as well.”

The third element is the fact that global trade is already back to full strength again, which will favor the European economy, Van der Welle says. “The Eurozone is by and large an open economy, so it has a high sensitivity to global trade activity, especially from China,” he says.

“In addition, we could also see positive spillovers from the strong fiscal and monetary stimulus seen in the US, as the US consumer shifts spending towards European goods and services.”

“So, all in all, the main driver will be strong consumption and export-led growth, especially in the services sector, against the backdrop of an accommodative ECB and European Commission with regard to fiscal rules. This underpins our base case, which is for an environment of continuing economic expansion with rising inflationary pressures.”