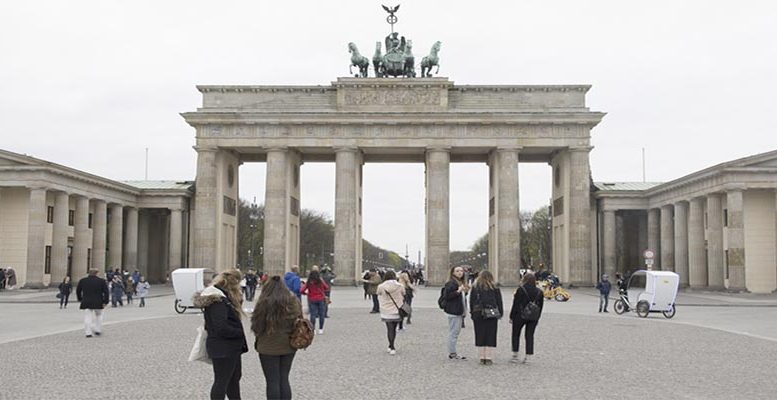 People at the Branbenburg Gate

Lidia Conde (Frankfurt) | The fourth globalization now punishes the German middle class, which perceives how the revolution accelerates and introduces new elements such as the competence of Indian computer experts operating from home: they do not need to emigrate to work.

The world is falling apart for the German middle class, which until now had benefited from globalization. It is a subjective or objective sense of injustice and insecurity regarding the immediate future. And that is the main success factor of the extreme right. It is perception that counts. It is perceived that there are fewer options to find affordable housing or a well-paid job.

Also that the world is uneven. Politically it is expressed in a fragmentation of the parties – complicating governance – and in the rise of the most violent political options. It doesn’t matter that globalization has benefited almost everyone, especially industrial countries like Germany and emerging countries like China and India. It is precisely the competition of specialists from those countries that operate from them.

About the threat of telemigrants, Richard Baldwin – editor in chief of VoxEU.org and professor at the Graduate Institute of Geneva – spoke at the Davos economic forum in early 2019. The fourth globalization, the current one, gives wings to telemigration. It allows to exchange services globally without workers having to emigrate.

This phenomenon is already impacting among the professionals of the middle class, in the providers of highly qualified services such as doctors and lawyers. In his book The globotics upheaval, globalization, robotics and the future of work, he points to the dilemma of the relocation of employees after the robotic reconversion and the entry into the scene of telemigrants, who will be replacing professionals in rich countries. These are highly qualified personnel, residing in countries with relatively low wage costs, who can work virtually and as freelancers for companies in Western countries.

German politics seeks the right answer. The SPD strategy is social policy without touching, for now, globalization. In general, Germany does not doubt its advantages and opportunities. Experts stress that trade globalization has balanced the world, has matched income between rich and poor countries, and has boosted growth and employment.

The net winners of globalization are the world’s rich and the middle classes of emerging economies such as China and India. But the losers are the poorest in the world and the middle classes of Western economies like Germany. Another thing is technological change, disruptive, but there are no alternatives to fleeing forward. Germany bets on everything high. The last example is Volkswagen with its electric car ID.3. But it is proposed from the State to cushion its social impact.

In Germany too, many losers question trade liberalization or the European single market. Despair has not only been seen in Berlin, but in other thriving cities such as Paris, Hong Kong and Santiago de Chile. Cities of rich and competitive countries. The reality is that globalization will accelerate, impacting the middle class. The consequences are still unpredictable.