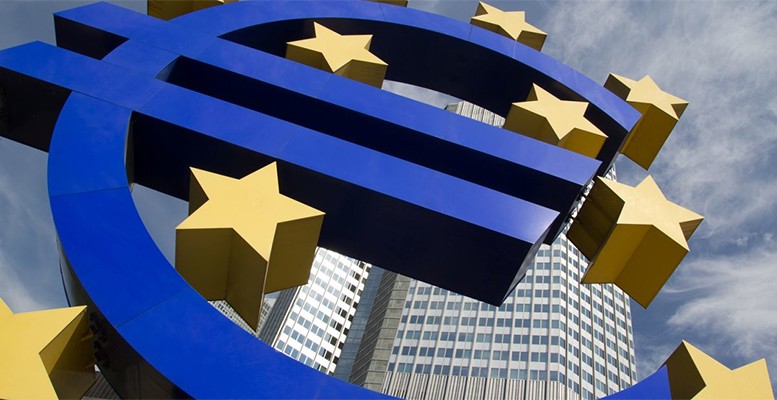 James Alexander via Historinhas | You have to feel for ECB President Draghi sometimes. He’s trying to steer a huge and dysfunctional ship. His heart is in the right place, but he has far too much faith in the interest rate and credit channel “instruments” for the management of monetary policy. They have prevented further recessions and do seem to have the Euro area on the right track, but it is painfully slow and risky .

Draghi thinks that track appears threatened by collapsing inflation. I am not so sure things are so bad despite the near zero CPI figures. Nominal GDP seemed to be on an upward trend to mid-2015. Perhaps 3Q15 NGDP has been really poor for the Euro Area. The countries that have reported 3Q15, France and Germany, look in not so awful a shape. The twin shocks of mass migration and the Paris violence will need to be, and should be. offset by looser monetary policy. And, of course, NGDP growth could be much better.

In a speech on last Friday Draghi concluded:

At the December 2015 ECB Council meeting] If we conclude that the balance of risks to our medium-term price stability objective is skewed to the downside, we will act by using all the instruments available within our mandate. In particular, we consider the APP to be a powerful and flexible instrument, as it can be adjusted in terms of size, composition or duration to achieve a more expansionary policy stance. The level of the deposit facility rate can also empower the transmission of APP, not least by increasing the velocity of circulation of bank reserves.

The talk of improving the velocity of bank reserves is novel. This is real monetary thinking, of the MV=PY variety, something we don’t see too often in world where we hear far too much about interest rates and credit channels. The ECB has boosted M but V is flagging.

We will find out next month exactly what he means, but it probably involves negative rates on excess reserves. This will be good as far as it goes, but will it be stimulative to velocity? Perhaps.

The truth should be staring him in the face and that is to alter the inflation target. Sadly, too many well-informed experts can’t see this truth either, so why should Draghi. The old chestnuts are on display from Voxeu.org: imbalances, indebtedness, outside forces, blah, blah, the whole dreary and conventional list. Not a word about monetary policy. If you haven’t learned yet that Trichet was a master bungler, just like Milton Friedman described the Federal Reserve of the 1930s, then the ECB is never going to move forward,

For crying out loud, the inflation target not even a flexible inflation target! Every time Draghi states the “close to but below 2%” mantra, my heart sinks. As does that of the market. He needs to get the market on his side and alter the target, or at least ask his political masters for some flexibility. The market will do the heavy lifting as it sees the prospect of faster V, and will work to get ahead of rising P by buying and raising Y.

Draghi fears the downside from the expectations channel of lower and lower CPI, so he understands the power of expectations. Why won’t he use them on the other side, to get V up.