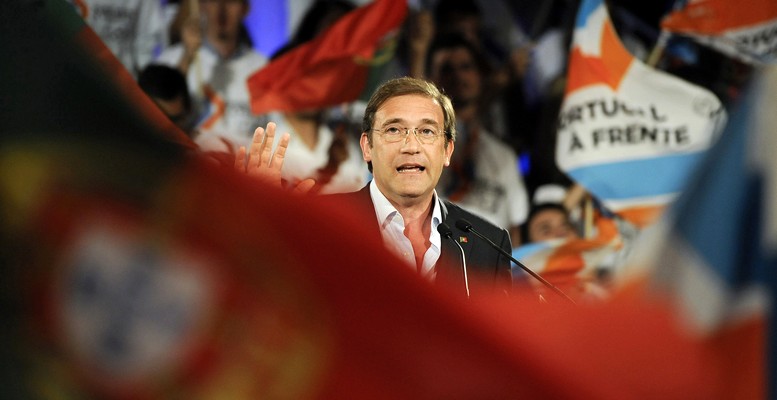 BARCLAYS | The minority conservative government led by Prime Minister Pedro Passos Coelho was ousted present week after the parliament rejected his government’s programme by a vote of 123 to 107. Portuguese President Aníbal Cavaco Silva, who asked Mr Passos Coelho to remain in office after the 4 October parliamentary election, now faces the choice of either asking Mr Passos Coelho to stay on and head a caretaker government until new elections can be held (by May-June 2016) or, more likely in our view, to ask the leader of the Socialist Party, António Costa, to form an alternative government. Mr Costa has already signaled that he has the support of radical-left parties, the Communist Party and the Left Bloc. Together, these parties have an absolute majority of MPs in parliament.

Political uncertainty is having already significant costs. Portugal 10y sovereign spreads have increased to over 215bp versus Bunds and more than 90bp versus 10y Spanish Bonos. The political uncertainty takes place against a background of still elevated private and public debt. Public debt stands at c.125% of GDP, and it continues to be rated below investment grade by three of the major credit rating agencies.

Key to where Portugal’s funding costs and future ratings are heading will be the macroeconomic policies of the new government. A fundamental difference of the Socialist Party and its allies has been their proposal of less austerity. While Mr Costa has expressed his full commitment to take Portugal out of the Excessive Deficit Procedure as soon as possible by reducing the public deficit below 3% of GDP, it is not yet clear how this target squares with his proposals (and his allies’): to roll back some of the public sector wage cuts, unfreeze of pensions, reverse some privatizations (including the transport systems of Lisbon and Oporto), and cut the VAT on some goods and services. At the same time, the parties have pledged to boost public investment. In sum, the markets await the content of the economic and fiscal plans of the new government in order to assess whether they square with its overall fiscal objectives.

Will markets settle after the appointment of the Socialist Party?

Even if the Socialist Party is appointed to form a government (as we expect), we do not think that the Communist Party or the Left Bloc will enter Mr Costa’s cabinet in a full-fledged coalition. The support of these radical-left parties is likely to be on an “as need” basis and will depend on how close the Socialist’s proposals are aligned with their own parties’ agendas. These parties have already dropped some of their previous, more radical proposals, including a euro area exit and an upfront restructuring of Portugal’s public debt. However, we remain concerned about the strength of the alliance between these parties, given the traditional moderation of the Socialist Party and the much more radical stance of the other two. Minority governments in Portugal tend not to last their full term, and we do not rule out the possibility that Portugal may need to hold elections again within a year. Political uncertainty is likely to continue to weigh on Portugal’s funding costs, despite the very accommodative monetary policy of the ECB (Portuguese debt is part of ECB’s PSPP programme) and the more benign macroeconomic conditions in Portugal and the euro area.