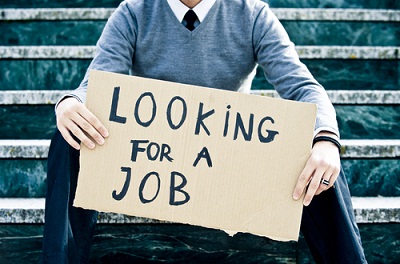 WASHINGTON | What a coincidence. In an election year with a Democratic incumbent, Republican think tank American Enterprise Institute (AEI) releases (on January 6) an analysis headlined “Why the real U.S. unemployment is 15.6%.” The number is right… although if we count the unemployed plus the discouraged workers, those who have abandoned the job search because they know there are no jobs to search for, plus the part-time workers who would like to be full-time employees (then not only earning more, but even having the chance to get health insurance), U.S. unemployment almost doubles the official figure. AEI’s ‘findings’ —which has been parroted ever since by the U.S. media— is anything but new. U.S. statistics understate unemployment. That is a fact. And it has been a fact for decades.

Now, the very same people who question the US numbers as too optimistic, accept without a doubt Spain’s.

Let’s look for a second to, of all the opinionators, Rupert Murdoch. On January 31 he tweeted to his 168,037 followers:

Fine, but the day before he had tweeted:

Immediately afterwards he noticed his mistake, and says:

So, U.S. unemployment statistics can be, suddenly, questioned, but not Spain’s.

For all purposes, let’s start with some minor mistakes. Murdoch exaggerates the Spanish official unemployment rate. It is 22.8%, not 25%. And the unemployment rate for those under 30 is one third, not 48%. Not that that matters too much, of course, but when someone’s net worth is €5.8 billion, you could expect him to hire an intern (preferably a Spanish one, for the sake of reducing the country’s unemployment) to do some fact-checking.

That very same intern could also take a look at Spain’s well-proven statistical masochism, and draw some conclusions. One example: early last decade, when Spain was the ‘poster child’ of the euro zone, it absorbed 6 million foreign immigrants who went there to work. However, unemployment never fell below 8%. In the U.S., let’s note, current unemployment is 8.3%.

So, obviously, Spanish statistics overestimate the otherwise very real Spanish labour market problem. However, this is never ever questioned by some media. On January 27, The New York Times run a piece headlined: ‘Spanish Unemployment Rate Rises to 22.8 Percent’. In the news, it quoted Spain’s representative on the executive committee of the ECB, José Manuel González-Páramo, describing that number as “a catastrophe”. That very same day, Financial Times printed this headline: “Spanish unemployment hits almost 23%

In the end, it all goes to Winston Churchill: “The only statistics you can trust are those you falsified yourself.”

Be the first to comment on "Hire an intern, Mr Murdoch"