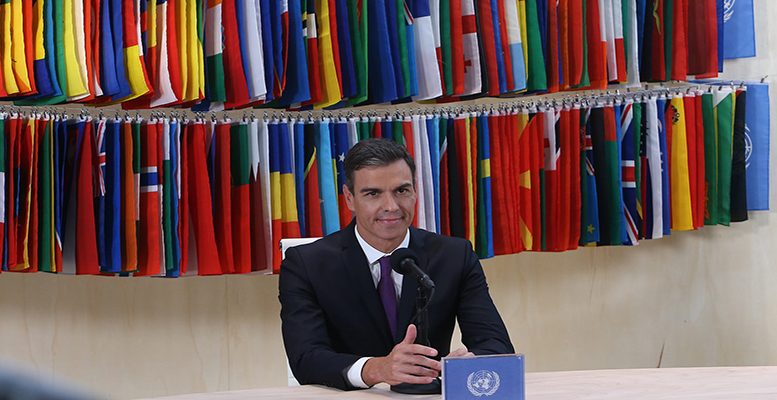 Spanish Prime Minister Pedro Sanchez has already had the opportunity to greet US President Trump as he will attend this Wednesday a meeting organised by the American Chamber of Commerce in Spain (AmChamSpain) during the General Assembly of the UN, together with over 20 leaders of major multinationals, US banks and major investment funds.

According to a note from AmChamSpain, the aim of the meeting is to analyse the situation of the Spanish economy within the European context and explain the main policies of the Spanish Government.

The events fits into a trip which the Prime Minister began on Sunday in Montreal and in the headquarters of the UN in New York, where he explained that support for multilateralism and the role of the UN in the resolution of international problems lie at the heart of the socialist government´s foreign policy.

Thus Sanchez will intervene in the 73rd session of the UN General Assembly on Thursday after and in the days before will participate in fora like the Summit against Climate Change “One Planet Summit”.

AmChamSpain counts with around 300 associated companies, among them, the majority of the major US companies operating in Spain and the major Spanish companies with presence in the US, as well as an important groups of SMEs from both countries.