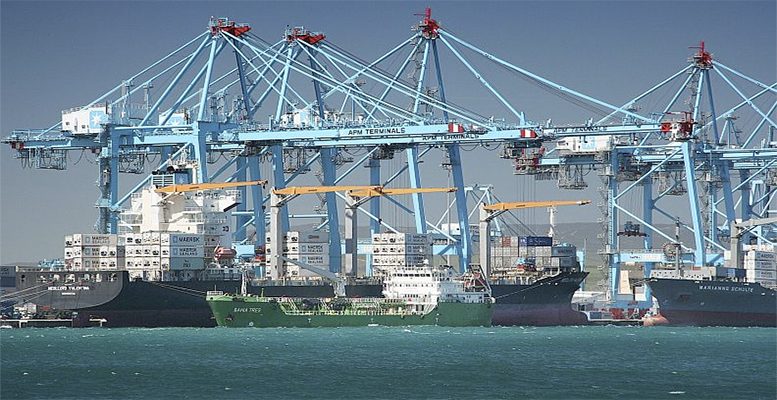 Over the last few weeks, Spanish businessmen’s concern has increased over the fact Spanish ports are becoming less effective due to the stevedore’s work-to-rule. According to business sources, currently it’s taking almost twice the amount of time to arrange a ship’s entrance into port, which also has direct consequences on the transport service.
But the worse thing is not the loss of revenues and the damages to a variety of sectors, which are seeing their activity curbed by these malfunctions. Worse than that is the risk that many shipowners end up transferring the unloading of containers and merchandise to other ports in the Mediterranean. This would affect goods destined for Spain but also those in transit, which are off-loaded here but are bound for other parts of Europe. And that is not possible. For the time being, various Spanish ports, particularly Valencia, where the stevedores’ protests are more virulent and where six out every ten containers destined for Spain are unloaded, have seen a decline in activity. For example, the Valencia port saw a 20% drop in container traffic in February.
There has also been a decrease in unloading activity in Algeciras: completely the opposite to what happened last year. The Ports Authority has issued a statement blaming “the situation in the country with the stevedores” to explain the over 11% drop in total traffic in this port.
The stevedores work-to-rule has served to destroy what is a real success story, that of this port in southern Spain. In 2016, and for the first time in its history, Algeciras had exceded 100 million tonnes of cargo. This figure allowed it to join a select club in Europe which only has the ports of Rotterdam, Antwerp and Hamburg as members.
As we know, Algeciras is Spain’s biggest port. It has 1,534 stevedores compared with 1,300 in Valencia, representing a quarter of the total of 6,156 in the country. It’s clear the only explanation for this decline in traffic is the fact that ships are diverting to other ports. At the end of February, 17 ships had already been diverted from Valencia towards ports like Sines (Portugal), Gioia Tauro (Italy) or Barcelona, which has in fact increased its traffic in the last few weeks.
This is because some shipowners and businessmen are choosing other port installations outside Spain. Fernando Roig, chairman of Pamesa, a big ceramics company based in Castellón, has announced his intention to transfer the ceramics products to other ports. He said quite literally: “We will have to get on with it in the ports of Lisbon or Marseille.”
The big delays already accumulated by containers with exports in the ports of Valencia or Algeciras have driven logistics companies like CITYCESA – the Salamanca customs office – to offer their clients alternative routes, particularly the port of Leixoes, in northern Portugal.
One of the big shipowning firms involved in offering different routes is Maersk, world leader in container transport and the main maritime operator in Valencia or Algeciras. The company has said it is willing to use other ports at least while the dispute lasts.
The most serious thing is that, in this case, these transfers may not just be temporary. Maersk is involved in the extension of the Tangiers port. Its concessionary company APM Terminals (Grupo Maersk) has started work on an important extension to what is called Terminal 3 (Tangiers Med II). This terminal will be operated by APM, and its capacity for handling 5 million containers annually will be reserved almost exclusively for the multinational shipowner’s vessels.
In fact, the Moroccan government has embarked on a huge operation to increase and modernise the port of Tangiers, which it wants to convert into one of the biggest in the Mediterranean. It is multiplying the capacity of Tangiers Med, the big port and duty-free zone of logistic activities located on the straits of Gibraltar, 45 kilometres from Tangiers and just 14 from the Spanish coast. Its first terminal started operations in 2007.
Tangiers Med is a real threat for the Spanish ports. The government will invest 700 million euros in a port which will have an automated loading and unloading system for ships. All of this has been designed to compete with the Spanish ports, particularly Algeciras, in which merchandise traffic is called “in transit”. Its aim is to get its hands on a large part of the goods which now are unloaded basically in Algeciras, 90% of which are headed for outside Spain, namely Europe.
That said, it doesn’t look as if these diversions are going to last for long. In fact, there could have been more diversions if the alternative ports had had the capacity to absorb the excess of unloading. Many of these installations are at full capacity in part because some of them are small in size and cannot take on too much of a load.
Another reason is that for some companies, very local ones (like the ceramics firm in Castellón) it does not make financial sense for them to transfer merchandise by lorry to other ports. As Roig himself recalls, this would increase logistic costs and the final price of the goods.
But the main reason is that everyone believes that in the end the decree law to reform the stevedore industry will be approved; the stevedores will be handsomely rewarded for accepting the reform, the system will be de-regulated and costs will be much lower. Low enough so that it will be even more attractive tan it is today to unload in Spanish ports. What has happened has made other port operators get down to work: apart from the threat from the extension of the Tangiers port, many European ports in the Mediterranean are now weighing up the possibility of increasing capacity for the future.