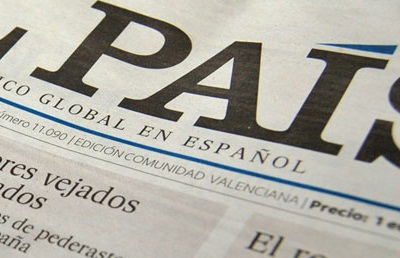 The financial City of Madrid welcomed El País’ redundancy plans to improve the balance sheet of the best-selling newspaper in Spain. Investor reports on Wednesday warned that the adjustment in personnel could affect a sizeable number of jobs, but it was necessary to confront the loss of 51pc of accumulated advertising income since 2007. In 2011, the drop in advertisement contracts was of -15pc.

Analysts at ACF remarked that the company proprietor PRISA had already in late 2010 reserved some €83 million in capital to cover compensations for dismissals. El País would have consumed in 2011 €14.8 million in restructuring costs. Banesto Bolsa indicated that last year PRISA obtained €64.5 million in annualised savings through staff cuts across all units of the corporation. It is set to take advantage of the new government’s labour reform, which allows dismissals with 20 day-per-month compensation for a maximum 12-month period.

The newspaper has also cut down by 10pc payments to contributors and by 7pc director salaries, while wages in the newsroom will not update according to inflation during the next three years. The price of sold issue went up in April from €1.20 to €1.30, that is, by 8pc.

Expectations in the financial City of Madrid point at a fall in advertising activity in newspapers by -16pc in 2012, -14.8pc in Sunday supplements and -10.4pc in magazines.