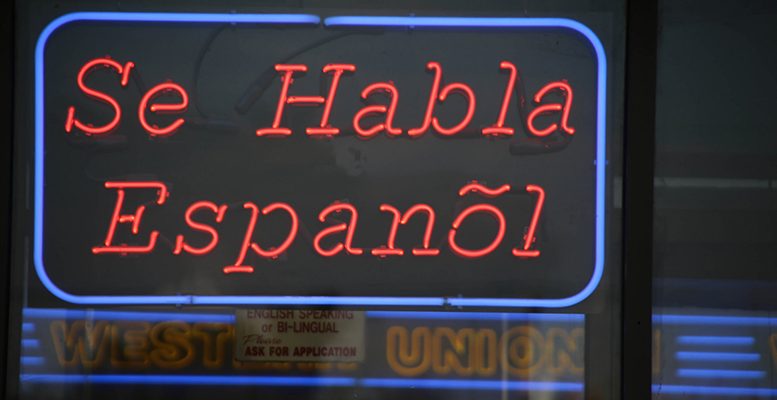 When I sat down at my computer on the morning of Wednesday November 9, hardly any of the notes I had made over the previous weekend were of any use. But monitoring the increasing concern on the part of the political analysts and the markets during the US election campaign certainly was.

Since the beginning of 2014, the Spanish economy has been recovering from a very long, tough crisis – unemployment jumped from 8% in 2008 to 26% at the start of 2014 and has now fallen to 18.9%. This is in part thanks to the ECB’s extremely expansionary monetary policy and low interest rates which have made high levels of public and private debt less burdensome. And now after Donald Trump’s victory, everything could become unstable.

To consolidate its recovery, Spain needed to have a government which was not a caretaker executive and a reasonably stable international outlook, particularly in the US and Europe. And now we are back to status quo, with a government which doesn’t have a parliamentary majority and everything could be up in the air. A few days ago, Economy Minister Luis de Guindos, before his job was confirmed, abandoned his normal triumphalism, telling the La Vanguardia newspaper: “If interest rates go up we will have a hard time.” My subconscious said: “we will be crucified.” And now this could happen.

Someone said that Trump’s election is a second Brexit, the US Brexit, but with much more serious consequences. Spain is a country which is still convalescing and is highly indebted.

Apart from the geopolitical effects of Donald Trump’s victory, which augur a period of more upheaval, the economic impact is very worrying: dollar and markets on the downside, a protectionist drive which will drag down international trade with it, disquiet and in-fighting within the Fed – for Trump a dangerous bastion of progressiveness. A host of unknowns derived from a possible change in fiscal policy to reactivate the economy via public spending and not monetary policy…

Paul Krugman did not hestitate to describe Trump as ignorant and primitive as far as economic matters and political analysis are concerned. OK, Krugman was a big supporter of Hillary Clinton, but the markets and many US economists have a similar opinion about Trump. But of course one thing is what he promised on the campaign trail and another is what this sharp businessman does when he becomes US President. His victory speech – including clear praise for Hillary Clinton – may be a good indicator. Or another example of his excentricity.

Faced with the unknown in the US – which has been the pillar of European democracy – Europe now must react with more intelligence and unity. But that will be difficult, at least in the short-term. Firstly because Brexit has muddied the waters. And secondly because there are a series of election dates in member countries which threaten to paralyse it. Legislative elections in Holland in March, with Geert Wilders’ extreme rightwing anti-European party gaining momentum. Presidential elections in France in May where Marine Le Pen, who has already greeted Trump’s victory, is almost certain to go through to the second round. Legislative elections in Germany, where the big CDU-SPD coalition government will more than likely continue, but with less strength. And as an aperitif for all this, a tough referendum in Italy at the beginning of December. Renzi could be defeated, opening up a period of instability in one of the EU’s founding members and one of the euro’s weakest links. Consequences for Spain?

How will the European currency react faced with an America where populism has triumphed and in a Europe where populist parties are on the rise? Much will depend on the attitude of Germany’s big coalition.

In any event, what does seem likely is a phase of instability fuelled by markets’ concern about the more indebted countries in the Eurozone (Spain is one of them).

It’s obvious that in this new international and European scenario, the rosy horizon imagined by Rajoy and Luis de Guindos, without mentioning the PSOE, where there is not even one economist with intellectual authority in the parliamentary group, has very few possibilities of still being valid.

After Trump’s victory, the most important thing is not so much if the stronger growth forecast for 2017 (which is not certain now) is going to mean that the 0.5% adjustment to the estimated budget deficit for 2017 required by the EU will be more or less painful. Or whether it will be carried out via new small cuts or a moderate rise in taxes and what kind of taxes.

Now the most important thing would be to unfurl the sales to head off the new storm which – and I hope I am wrong – could rock our boat. And for this to happen it will be essential, but not sufficient, for there to be a strong complicity between the two main parties to shoulder the challenges. But if I am honest, it’s difficult to see the PP adopting this attitude. They are cautious with regard to economic issues but have a short-term vision. And even more difficult knowing what the non-existent PSOE leadership might think, consumed by internal fighting.

What is also worrying is that it won’t be easy for Spain’s political parties to adopt a common stance in the face of a Europe and a euro threatened by emerging populism.

Trump’s victory in 2016 has its origins in the change in economic expectations fuelled by the crisis, nationalism and a certain racial discontent, just like Hitler in the Germany of 1933. But the difference is that US democracy seems much stronger than the Weimar Republic 15 years after the defeat in the First World War in 1918.

And we believe that Spain is more reasonable in 2016 than in 1933 when the centre-right won the elections but could not form a stable government. It lost power before in the February 1936 elections.