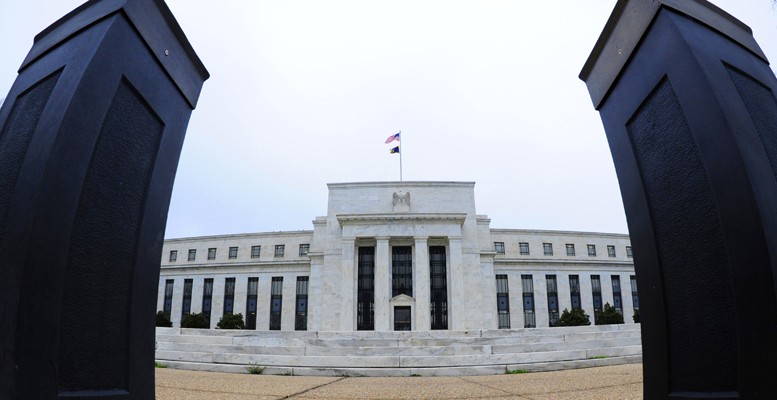 PARIS | Francesco Saraceno  | Thanks to the invaluable Economist’s View, I have read with lots of interest the speech that newly appointed Federal Reserve Board Member Lael Brainard gave further this month. The speech is a plea for holding on rate rises, and uses a number of convincing arguments. Much has been said on the issue (give a look at comments by Tim Duy and Paul Krugman). I have little to add, were it not for the point I made a number of times, that the extraordinarily difficult task of central bankers would be made substantially easier if fiscal policy were used more actively.

What I’d like to express here is my jealousy for the discussions (and the confrontation) that we observe in the US. These discussions are a sideproduct, a very positive one if you ask me, of the institutional design of the Fed. I just returned from a series of engaging policy meetings on central bank policy in Costa Rica, facilitated by the local ILO office, where I pleaded for the introduction of a dual mandate.

I wrote a background paper (that can be seen here) in which my main argument is that a central bank following a dual mandate will always be able to take an aggressive stance on inflation, if it deems it necessary to do so. Appropriate choice of the weights given to employment and inflation would allow incorporation of any combination of the two objectives. A good case in point are the United States, where the Federal Reserve under Chairman Volcker embarked on a bold disinflation program in the early 1980s when the country had just adopted the dual mandate. No choice of weights, on the other hand, would allow a central bank following an inflation targeting mandate to explicitly target employment as well. Thus, the dual mandate can embed inflation targeting strategies, while the converse is not true. In terms of policy effectiveness, therefore, the dual mandate is a superior institutional arrangement.

I also cited evidence showing, and here we come at my jealousy for the Fed, that inflation targeting central banks, like the ECB, de facto target the output gap, but timidly and without explicitly saying so. This leads to low reactivity and opaque communication, that hamper the capacity of central banks to manage expectations and effectively steer the economy. I am sure that those who followed the EMU policy debate in the past few years will know what I am talking about.

One may argue that the cacophony currently characterizing the Federal Reserve Board is hardly positive for the economy, and that in terms of managing expectations, lately, the Fed did not excel. This is undeniable, and is the result of the Fed groping its way out of unprecedented policy measures. The difference with the ECB is that for the Fed the opacity results from an ongoing debate on how to best attain an objective that is clear and shared. We are not there yet, but the debate will eventually lead to an unambiguous (and hopefully appropriate) policy choice. The ECB opacity, is intrinsically linked to the confusion between its mandate and its actual action, and as such it cannot lead to any meaningful discussion, but just to legalistic disputes on the definition of price stability, of how medium is the medium term and the like.

And I can now come to my final point: a dual mandate has the merit to let the political nature of monetary policy emerge without ambiguities. It is indeed true that monetary policy with a dual mandate requires hard choices, as the ones that are debater these days, and hence is political in nature. The point is, that so is monetary policy with a simple inflation targeting objective. The level of inflation targeted, and the choice of the instruments to attain it, are all but neutral in terms of their consequences on the economy, most notably on the distribution of resources among market participants. Thus, an inflation targeting central bank is as political in its actions as a bank following a dual mandate, the only difference being that in the former case the political nature of monetary policy is concealed behind a technocratic curtain.
The deep justification of exclusive focus on price stability can only lie in the acceptance of a neoclassical platonic world in which powerless governments need to make no choice. Once we dismiss that platonic view, monetary policy acquires a political role, regardless of the mandate it is given. A dual mandate has the merit of making this choice explicit, and hence to dispel the technocratic illusion.

I am not saying there would be no issues with the adoption of a dual mandate. The institutional design should be carefully crafted, in order to ensure that independence is maintained, and accountability (currently very low indeed) is enhanced. What I am saying is that after seven years (and counting) of dismal economic performance, and faced with strong arguments in favour of a broader central bank mandate, EMU policy makers should be engaged in discussions at least as lively as the ones of their counterparts in Washington. And yet, all is quiet on this side of the ocean… Circulez y a rien à voir