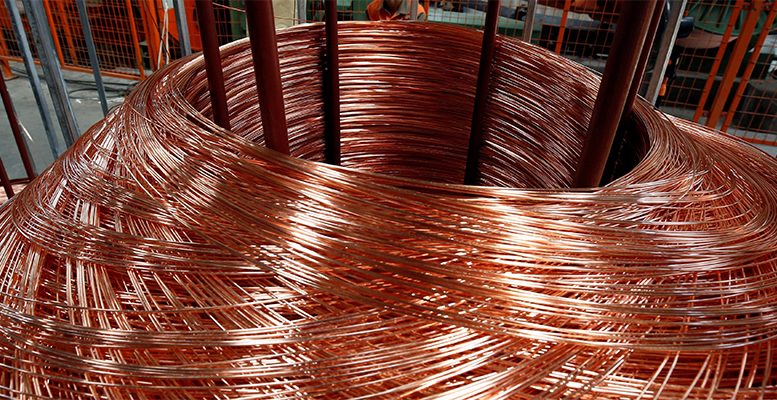 Copper is still a useful indicator for forecasting the US economy

*(Note of the editor: they remain weak in August pressured by renewed trade war fears.)

Justin Irving | Copper futures have been tanking of late, sinking from of $3.32 per pound on June 8th, to $2.7 per pound on July 19th, a 19% drop*. This drop has largely undone the prices gains the commodity had accrued following the general rise in asset prices in November 2016. Predictably, the financial press have raised the alarm about “Dr.Copper” foretelling a slowing US economy.

Prices dropped between 1.5% and 3% yesterday, following a threat by President Trump to raise proposed tariffs on Chinese imports from 10% to 25%.

Unlike, say, oil, where new capacity is readily pulled online, copper supply is largely fixed, with mines slow to open or even change production volume, which helps narrow down the range of causes in price changes.

In the past, this metal’s price has been a reliable indicator for changes in the rate of growth in the US economy. It is risky to reason from price changes, so copper movements must always be put into a broader context, this being especially true given the now dominant position of China in global commodity markets. Europe and the US can move copper, but China can move it more.

We have noted in our statistical efforts to build the NGDP forecasting model, that the association between copper price movements and other important assets has weakened over time, presumably due to the China effect. Copper is still sensitive to changes in NGDP expectations though, just less so than it once was, so we continue to use it in the forecast engine.

Given that other asset classes remain buoyant in this context of falling copper, particularly US-linked assets such as TIPS spreads, the S&P 500, the dollar index and the yield curve, weaker copper prices are not mostly indicative of downgraded growth expectations in the US. Something else is weighing on copper prices.

The options for this drop in copper prices, are some mix of: a supply disruption, a weaker Euro Zone, weaker USA, or a weaker China. A quick check of European asset prices and data let us easily dismiss Europe as the cause, there’s no news out of Chile or other major copper producers, but China’s flagship Shanghai Composite stock index is down 14% from the recent high. Mystery solved.

This development isn’t so surprising, given that the drop in both copper and Chinese shares prices happened amidst a period of increased China-focused US tariffs and anti-import rhetoric by the US administration.

The copper price drop that has so alarmed the financial media is most probably due to downgraded expectations for China, rather than foreshadowing a period of weaker growth in the US.

Given the confluence of, 1. weak Chinese equity prices, 2. stable US and European financial markets and 3. increased anti-trade rhetoric and actions by the US administration, this seems the appropriate way to read this asset price movement.

Dr.Copper is still a useful indicator for forecasting the US economy, if less reliable than it was in the past. The drop seen in June and July, however, is not signaling much about the US economy. Our approach of extracting the signal from a broad ensemble of asset prices is robust to a single indicator going wild, which is why we continue to use copper in our forecast engine.