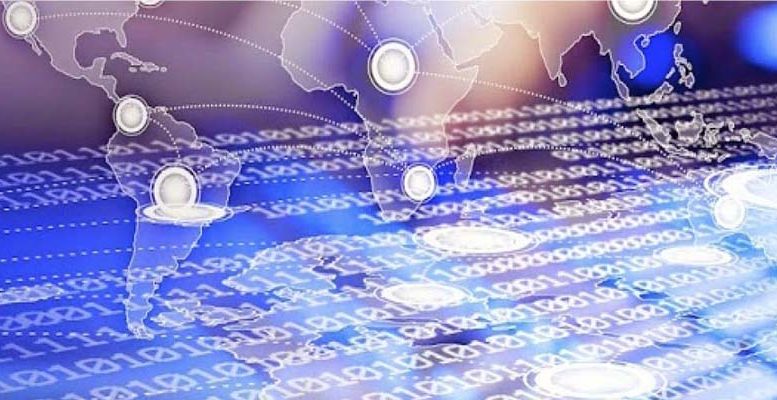 Pablo Béjar | For Latin Americans, there are few memories as nightmarish as the “lost decade” of the 1980s, with its flagging growth and soaring levels of debt, inflation and unemployment. During the last four decades, other emerging and developing regions have suffered the same fate, as many countries saw “severe internal fragilities” that grew into reckless dictatorships, fiscal mismanagement and rampant corruption in the 1980s. These countries then transitioned into a global economy that created commercial and financial disturbances as they became increasingly integrated with global resource-supply chains and primarily with the global financial system during the last three decades.

Today, having transitioned into a more complex global economy, emerging and developing countries are less economically vulnerable than in the 1980s and 1990s. Generally speaking, dictatorships have vastly disappeared, governing institutions have largely improved and economic policymaking is more responsible, with stricter and better fiscal and monetary policies to manage domestic as well as rising global economic and financial disturbances.

But how secure are these economies today? How much less vulnerable quantitatively and more resilient are countries to macroeconomic crises that battered them over the last 35 years? More specifically, how has the probability of a currency and GDP crisis evolved during these last years?

What are the chances?

In an empirical study of the issue for the Inter-American Development Bank, I examined the short- and long-term correlation effects of key domestic and exogenous (external) determinants of both currency and GDP crisis episodes, utilizing a novel database for 111 emerging and developing countries to predict the evolution of the estimated propensity or, more specifically, the probabilities of each type of crisis from 1982 to 2016.

For both types of crises propensities, I observed a decline in vulnerability over time for the whole sample. In addition, throughout the timeframe of this study, both Latin America and the Caribbean region and sub-Saharan Africa have generally shown relatively higher levels of vulnerability than other regions. But, while starting from a higher position of vulnerability, Latin America and the Caribbean followed by sub-Saharan Africa have made the greatest progress of any region in the sample. Interestingly, vulnerability in terms of propensity to a currency crisis has been on average drastically improved in all regions throughout the early 1980s to the early 2000s.

More specifically, comparing period averages in 2003-16 with 1982-92, Latin America and the Caribbean and sub-Saharan Africa have experienced a reduction of approximately 30 and 18 percentage points respectively in their average estimated probability of experiencing a currency crisis. On the other hand, both regions have experienced a 17- and 16-percentage-point reduction respectively in the estimated probability of a GDP crisis. In terms of vulnerability to a currency crisis, the developing Eastern Europe-Central Asia region has made a remarkable progress since the 1990s. To a lesser extent, but starting from relative lower levels, developing and emerging Asia has also reduced its vulnerability to both currency and GDP type crises. Finally, the Middle East and North Africa region has particularly performed well in reducing significantly its vulnerability to a GDP crisis since the early 1980s and 1990s.

These improvements have not come out of the blue. They have much to do with enhanced institutions, political consensus and thus better economic management. During the last 35 years, there have been fiscal policy reforms that have enabled several countries to shift from procyclical to countercyclical fiscal policy stances. Moreover, macroprudential policies such as regulatory mechanisms that control capital and liquidity to counteract global and domestic threats to countries’ financial systems have been increasingly implemented since the 1990s. Finally, with better institutional quality, there has also been a more technocratic and effective approach to monetary policy, including independent central banking and inflation-targeting measures, among other monetary policy innovations that have reduced inflation and the pass-through of external shocks.

A tale of crises past

Graphically we can see this in the steady decline in vulnerability to GDP crises, which starts declining dramatically from the mid-1980s to the early 1990s, followed by a rise during the mid-1990s as countries became more financially integrated with the world economy and external shocks elevated the risk of external crises. Notable examples of these spikes in regional vulnerability began with Mexico’s tequila crisis of 1994, followed by the contagion effects of the Asian and Russian crises of 1997 and 1998, which continued with the Brazilian currency crisis of 1998 and the Argentine economic crisis (1999-2002). Higher growth and demand from emerging markets eventually led to the commodity boom that caused another significant reduction in vulnerability levels during 2003-08.

In 2009, the global financial crisis caused a massive spike in vulnerability levels, but countries’ reduction of foreign-denominated external debt, larger buffers of international reserves, greater trade linkages and product diversification, as well as more stable macroeconomic policies and higher growth during the pre-global financial crisis period allowed emerging and developing countries to quickly recover in 2010. Since then, lower commodity prices, anemic growth in advanced economies, uncertainty with China’s sustainable growth prospects, and emerging geopolitical risks have created a challenging environment for many emerging and developing countries. Nevertheless, countries are now more capable to quickly recover from severe external conditions. Critically, vulnerability to both currency and GDP crises on average remains significantly lower than it was in the 1980s and 1990s.

How do I document this? A key point is defining the two measures of crisis incidence for emerging and developing countries. For this, I turned to Jeffrey Frankel and Andrew Rose, who define currency crises/crashes as a nominal depreciation of at least 25%, conditional on at least a 10% depreciation the previous year, and work by Swati and Atish Ghosh, who define a GDP crisis as a contraction in real GDP of at least 2%.

While Frankel and George Saravelos do a meta-analysis of domestic fundamentals of a financial crisis, with specific reference to the 2008-09 crisis, my study utilizes both conventional as well as a recent data-mining probabilistic approach that exploits a rich database of vulnerability early warning indicators to explore short- and long-term effects. It also incorporates exogenous elements, such as growth rates of advanced economies (G7) and China, commodity prices, proxies of global liquidity, as well as global financial volatility and crisis persistence measures.

With enhanced institutions and policies, the emerging and developing world has been more able and resilient to recover quickly from external pressures. In fact, Tatiana Didier, Constantino Hevia and Sergio Schmukler found that emerging and developing economies began to recover faster than advanced economies after the last global financial crisis. Moreover, since 1997 the typical Latin American country, for example, has experienced better reserve adequacy levels and has maintained relatively low levels of vulnerability to both GDP and currency crises even during the last turbulent nine years. Finally, emerging and developing countries have made particularly great progress in absorbing and mitigating their propensity to macroeconomic crises, but even more drastically with respect to currency crises.

Of course, there are high levels of heterogeneity across and within regions, and policymakers still have much more work to do. Nonetheless, because of significant policymaking and institutional improvements and innovations during the last 35 years, emerging and developing countries have made remarkable progress in reducing their macroeconomic vulnerability levels in terms of propensity to GDP and currency crises.