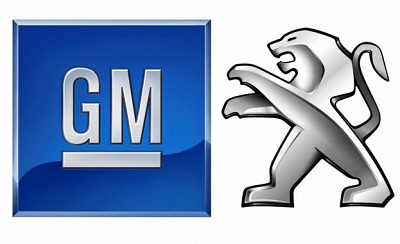 NEW YORK | General Motors and PSA Peugeot Citroën’s strategic pact announced Wednesday is meant to help both automakers squeeze $2 billion a year at their struggling European operations. The Detroit giant will acquire a 7% stake in French automaker PSA as part of a broad alliance that will include sharing vehicle architectures and pool the purchase of components. They will also cooperate in such areas as logistics and transportation to bring down costs, although the savings will not be fully realized for five years.

What are their expectations? GM hopes to reverse 12 years of losses in Europe ($747 million last year), mainly on its Opel brand, totaling more than $12 billion. Peugeot’s auto division, which relies heavily on the European market (it’s the second-biggest automaker), was €497 million in the red in the second half and will try to increase sales in other markets. The truth is, both automakers have excess capacity of about 25 percent and have been struggling for a long time.

Europe is brutally competitive and over-supplied for automakers. The savings of this deal will not be fully realized for five years. For GM this will be the most significant manufacturing alliance since its 2009 bankruptcy. According to The WSJ, who quoted a source close to the deal, GM’s Opel/Vauxhall unit is currently producing too few cars for its production capacity. The alliance would lead to higher capacity utilization and enable the two companies to benefit from economies of scale, the person said. Though the immediate plan for the tie-up doesn’t envisage plant or job eliminations at either company, at some point over the life of the alliance they are likely, according to the same person.

Analysts in the US remain skeptical. According to Reuters, some say the success of the deal would depend on the automakers overcoming political opposition to shutting European plants and eliminating jobs.

“It’s clear that Peugeot is the real benefactor of this alliance while GM reaps a disproportionately smaller reward,” Toronto Morningstar’s Richard Hilgert wrote.

“PSA needs GM, but GM doesn’t need PSA,” said Matthew Stover, an analyst with New York-based Guggenheim Securities. “It’s hard for me to figure out how this deal helps GM within Europe. Both automakers have excess capacity of about 25 percent in the region, Stover said, adding that the alliance plan risks “introducing complexity at a time when GM is at a very delicate point in its restructuring.”

On the other hand, French media gathered Opel workers’ testimonies of concern.

“This agreement will definitely have consequences for Opel, whose workers are wondering in which sauce will they be cooked,” as said in Le Parisien newspaper.

This is not the first time both GM and Peugeot have failed in partnerships. GM paid $2 billion in 2005 to get out of a deal with Fiat. Peugeot already has agreements in place with both BMW and Ford, though another with Mitsubishi failed to materialize.

Agreements are expected to be operational in the second half of the year. They will continue to operate as independent firms, especially on marketing and sales. The combined entity will be responsible for about $125 billion in annual purchasing.