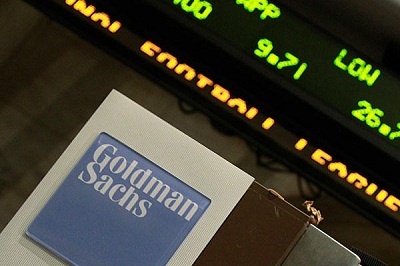 MADRID | Finance daily newspaper Expansion reported Tuesday that investment bank Goldman Sachs expects Santander and BBVA stock price to go up by 50 percent, according to an analysts’ note. The confidence of Goldman Sachs experts goes far beyond the two big Spanish banks, too. All medium-sized banks in Spain had their ratings updated with higher value, apart from Bankinter, whose share price was reduced to €2.70 or 10% lower than at Monday’s close.

The punishment Spain’s banking sector has suffered in recent times should give way to a strong rebound in the prices, according to Goldman Sachs. The US investment house gave CaixaBank and Banesto an upside of 30%, and a 40% one to Sabadell, whose price revised upward to €2.10.

Link analysts noted in Tuesday’s technical commentary that auditing results on Spain’s banks in mid-June should bring calm to the markets and investor confidence to the industry, as soundness of the main entities will be proved. The Spanish government has appointed Roland Berger and Oliver Wyman firms to carry out an independent bank portfolio and balance sheet valuation.

Be the first to comment on "Goldman Sachs forecasts 50pc price increase for Santander, BBVA"