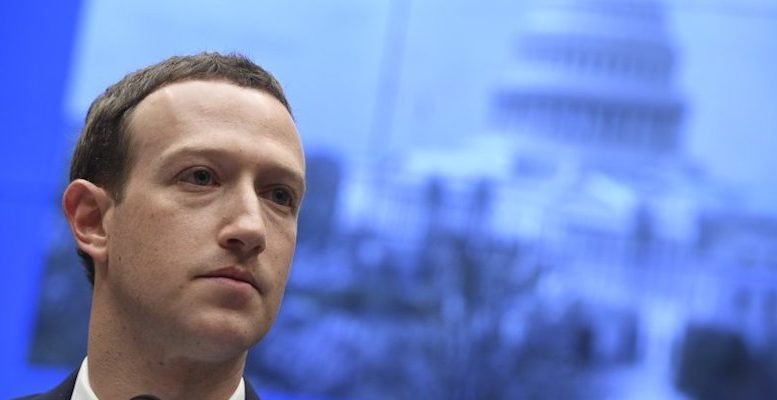 ix Arndt via The Conversation | Facebook recently announced that it will add a dating app feature to its offering. This will join its portfolio of messaging, event marketing, blogging, instant photography, gaming and a digital marketplace, to name just some of its services.

The extensive data profile that Facebook stores of its members may allow it to tailor dating interests better than any comparable services. It is this level of information that the tech giant has on its users that is making lawmakers nervous. Not least because of the huge amount of power Facebook holds.

Hence, when CEO Mark Zuckerberg recently appeared before the European Parliament, he was asked to convince one lawmaker why they shouldn’t break up the “Facebook monopoly”.

When it comes to earning money, Facebook is really only in one industry. As Mark Zuckerberg put it to US senators: “We run ads.” And not just a few.

The many services that Facebook offers means it has vast amounts of data on its users’ lives, as well as the habits of non-users by accessing data from their friends or family who are active users. This data is then processed and sold through tailored advertising campaigns. As Facebook continues to grow – in terms of both users and the services it offers – this power to sell things will only increase.

Some analysts even project that, before long, Facebook will hold more data on its users than any government. Meanwhile, it makes a lot of money from this data. Its advertising revenues came up to around US$40 billion in 2017 (up 50% from 2016). With Google, it holds an 84% market share in online advertising.

Governments try to avoid monopolies in any market, as companies can exploit them by preventing new competition from emerging, by buying remaining competitors and by overcharging customers. Antitrust laws are the mechanism used to prevent this situation from happening. Whether it’s a monopoly on the way that people get their information, or a monopoly on they way they are advertised to, consumer welfare suffers from monopolised markets.

Antitrust actions range from penalties, oversight and regulation to breaking up companies. Prevention is the best medicine – so part of the efforts should go into the question of how monopolies of this kind can be prevented. Clearly, traditional measures haven’t done the job in the case of Facebook. It was not for a lack of opportunity – in the past five years alone, Facebook made some major acquisitions of companies that have edged it toward monopolist status. These should have been prevented by regulators.

Facebook bought upstart social media competitor Instagram in 2012 for US$1 billion. There were no red flags. More surprisingly, the takeover of Whatsapp for US$19 billion in 2014 also went through smoothly. But this systematic acquisition of would-be competitors could be considered as monopolistic.

These transactions did not attract the attention of antitrust authorities at the time. This is largely because neither Instagram nor Whatsapp made much revenue when they were bought and the Herfindahl index – which is used to determine whether antitrust measures are necessary – is based on revenues rather than value.

Internet platforms have challenged many countries’ age-old legal systems, Facebook included. It is a child of the new economy and has largely operated in a law-free space that we are only recently trying to build a frame for. This is incredibly difficult in the age of globalisation where companies operate in multiple countries across the globe.

But recent events highlight the need to give data protection concerns far more scrutiny than they have so far received. This applies to competition law as well as privacy. Google, for example, has been the subject of EU investigations for a while now and was fined a record US$2.7 billion for abusing its dominance to favour its own shopping services over that of the competition.

We need to adjust our antitrust policies to first understand value rather than revenues for the business models of the new economy – which source their power from serving the bulk of the public, rather than focused customer groups. Second, we need to understand the innovation capability of the market and assess whether new competitors can overthrow and complement the new market, rather than depend on the large players for adding value to a market. It is time to update our legislation to the 21st century.