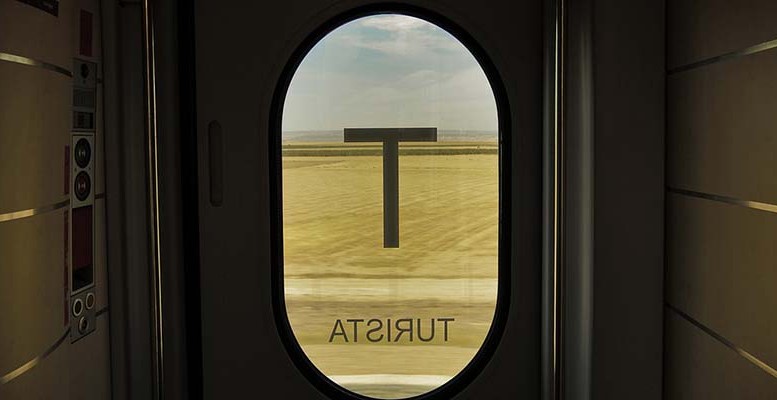 It’s unheard of Spain’s tourism sector, which many experts said was stagnant and mature ten years ago, has not only massively recovered but continues to beat records from one year to the next in terms of numbers of international tourist arrivals. Since it touched bottom in 2009, with 52.2 million foreign tourists, the sector has not stopped growing any year. In 2015, numbers reached 65 million, up 31% in comparative terms.

And it doesn’t stop here. In 2016, it’s likely that growth will exceed all the forecasts given that in the first quarter, the number of arrivals grew no less than 14% to 7.5 million. Of course Holy Week was in March this year. So no surprise that there is a certain feeling of triumph. Now it’s all congratulations and analysis on how well Spain’s tourist industry is doing, with a reputation as one of the most “state of the art” and competitive in the world.

What would be a good idea, if someone wants to know why tourists are so keen on Spain, is to forget to some extent the “safety” effect, namely that the current high risk presented by Western Mediterranean destinations benefits Spain.

It’s not that this isn’t important, it is. But the point is that, apart from that aspect, Spain seems to have advantages which means that tourists prefer it much more to even other safe destinations like France, Italy or Croatia. For example, in 2014, when Spain’s tourist numbers grew 7.1%, France – the most popular destination in the world – saw its numbers stagnate at 83.7 million and Italy posted a 1.9% increase.

But it’s not all about the sunshine. Apart from this, which is also important, Spain also attracts tourists for the quality, variety and range of its offer. Few countries can provide tourists with the summer “lifestyle” to be found in Spain. The vibrant night life, coastal towns with festivals going on all the time, lots of bustle, animation, gastronomy, and all in large quantities. The report “Top Ten European Holiday Spots” included three Spanish regional tourist destinations: the Costa Brava, Mallorca and Ibiza. And they forgot the Costa del Sol.

Spain is also “a country with a party culture”, as the European press like to point out in their Holiday specials. And the permanent party atmosphere in its tourist resorts is undeniable, ranging from the installations in the hotels and the areas where the bars are located to the local festivities. And let’s face it, this is what the tourist wants.

Then of course there is the Spanish hotels’ amazing price-quality relationship, which means that an average stay in Spain costs less than in Portugal. And the hotels are top quality. Today Spain has one of the most modern hotel offers in the Mediterranean. This is due to the fact that instead of crying during the bad years, the hoteliers borrowed money to update their establishments. The Hotels Quality index gives Spanish hotels a general average rating of 9.4 points out of 10.

A THPI report also showed that the average price of Spanish hotels was 124 euros in August, the same as in Egypt, and making it one of the most competitive amongst the Mediterrean countries. That’s why Spain is, in general, a cheap destination for tourists. Competitive devaluations have fuelled a drastic reduction in the prices of hotels, restaurants and services in Spain. The euro’s depreciation against the pound, the dollar and other currencies has also played its part.

Then there is the restoration business, which has changed dramatically over the last forty years.  The beach bars and restaurants of that time have been substituted by thousands of new generation establishments, many of which have 4 and 5 forks and Michelin stars. Another report, Food Tourism 2014, which was compiled from a survey of professionals, puts Spain in top position for its restoration sector this year, an opinion shared by 82% of the survey’s participants.

Spain has also benefited from the new wave of “low cost” air travel, which has converted air travel between northern Europe and the south of Spain, or its islands, into an authentic bagatelle. A trip to Turkey or north Africa. Don’t let’s forget that this is more expensive and also takes double the time. Internet has also given travellers a freedom which they did not have before to organise trips from the very beginning – and without any travel agent intervention. Many of these operators had specific interest in some of the new Mediterranean destinations and this made them – and still makes them – send massives of tourists there.

Spain’s infrastructures, which leave many British people and Americans quite overwhelmed, are also important. The high-speed trains, the abundance of free four-lane motorways, the ring-roads in the cities and the airports. And it’s not just the general infrastructures which work well, but also the tourist ones, which receive positive evaluations from all the industry media and think tanks. The latest report on Europe from the World Travel & Tourism Council ranked Spain second in the world, after Switzerland, with respect to the quality of its tourism infrastructure, with a score of 6 points out of 7.

For some years, tourism novelties were in fashion; the environmental or adventure-related kind; in new Mediterranean destinations – these hotel resorts in the middle of nowhere, with deserted virgin beaches; or expeditions to the desert or the moutains. But it now it seems like having seen all this, tourists have returned to what they know, which is Spain.  One last example, 40% of the hotel bookings made by UK tourists in the first week of April were in Spain.