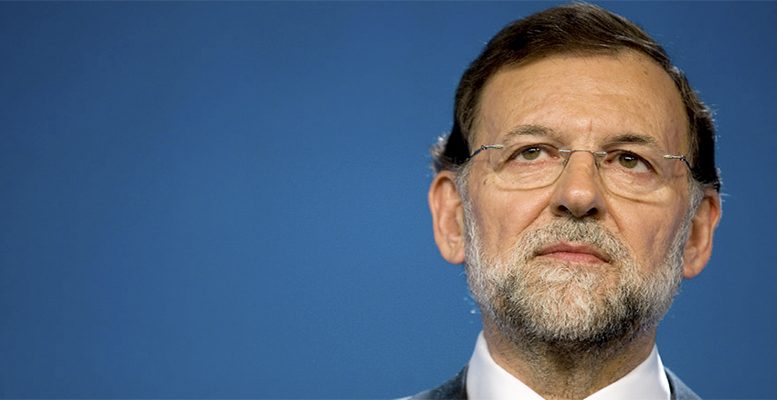 Whatever you think of Mariano Rajoy, you can’t deny his ability to dig in. When in opposition, as leader of the conservative Popular Party (PP), he survived two general election losses, as well as thwarting mutinies within his own ranks; as prime minister since 2011 he has ridden through economic near-meltdown, the threat of new parties Podemos and Ciudadanos and a torrent of corruption scandals.

All of this has led many Rajoy-watchers to conclude that he is simply indestructible, a theory bolstered by the current situation: Podemos and the Socialists have seen leadership crises, the Spanish economy is growing quickly and there are no obvious challengers to his authority within the PP.

But recent developments have started to chip away at the received wisdom regarding Rajoy’s bulletproof status. On April 18, the High Court announced that it was summoning him as a witness in an investigation into the PP’s alleged illegal financing. Typically, Rajoy played down the summons as “completely normal”, but he will be the first Spanish prime minister ever to face questioning from the High Court. Although the probe is not expected to unveil any direct wrongdoing on the part of Rajoy himself, it will almost certainly be uncomfortable, and probably humiliating, as he is questioned about the activities of party colleagues.

Then on April 19th, 12 people with links to the PP were arrested on charges of embezzling money from Madrid water company Isabel II. Among them was the former regional president of Madrid, Ignacio González, compounding the notion that the PP’s corruption problems go very high up the party indeed.

As mentioned above, Rajoy is no stranger to such scandals. During his first term as prime minister, the so-called Gürtel probe into a massive cash-for-contracts scam rocked his government. The single most compromising development was when Rajoy’s text messages of support to his party’s jailed former treasurer, Luis Bárcenas, were made public. “Be strong, Luis,” said one SMS, which was subsequently splashed all over newspaper front pages.

But even such damning developments could never threaten Rajoy because of the parliamentary majority he enjoyed during his first term and his vice-like grip on a disciplined PP meant that a no-confidence motion could never flourish. However, his second term is different. This is the weakest government Spain has ever had in modern times, in terms of parliamentary presence, and Rajoy needed the support of other parties in order to be voted in as prime minister last October.

Moreover, corruption has become Spaniards’ second-biggest worry after unemployment, and the opposition parties are desperate to display their credentials as regenerative forces. For Podemos, on the left, this includes driving an “anti-graft” bus around the country in a bid to highlight the connivance between corporate and political interests. But for the liberals of Ciudadanos, who helped Rajoy form a new government by voting for him in October’s investiture session, it poses rather more subtle questions. With only 32 seats in Congress, Ciudadanos lack the weight to unseat the prime minister on their own. But as well as giving him the seats to be able to govern Spain, they also prop up his party in town halls and regional administrations across the country.

For now, at least, Ciudadanos appears prepared to remain in step with the PP, arguing that practical concerns mean it has to audit the conservatives’ actions from the inside. But such a stance makes the new party vulnerable to accusations of going native. If the corruption scandals keep coming it may be hard for Ciudadanos – and voters – to look the other way, in which case Rajoy’s status as a survivor could face its toughest test yet.