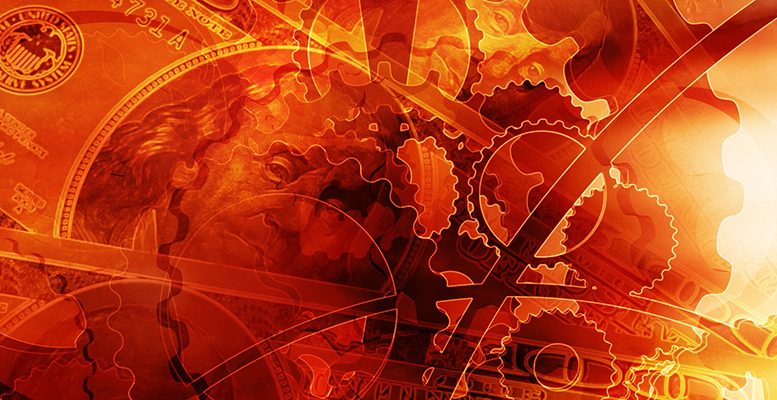 AXA IM | The past year has witnessed something of a turn-around in investors’ perceptions of the economic and financial outlook, chiefly on the back of hopes that the cloud of secular stagnation maybe starting to dissipate. In our 2017 outlook, we take a step back from current market jitters and examine the fundamentals behind the present backdrop of ultra-low interest rates and poor economic growth. Simply we challenge the dominant idea that this is the fate of our future as investors.

For this, we analyse the root causes at the origin of the lack of demand, the low productivity growth based on the absence of technical progress, the drivers of the saving gluts and the end of globalisation slowing buoyant growth in emerging markets (EM).

Ultimately our conviction is that secular stagnation is an over-rated concept for a number of reasons. We have produced a set of indicators which demonstrate a contrasting demand slack across the globe. However we believe there is no fatality in a lack of demand. Policies, cyclical and structural, technological progress, demographics, are all factors which can influence this course – and we highlight their impact. This should challenge those who have given up on the idea of enjoying robust investment returns going forward. We believe opportunities will come back once risk premia have returned to normalised long-term levels. Meanwhile, active duration and equity management, investment into alternatives, such as real estate, structured finance and even EM, provided the US refrains from implementing its obstructive trade policies, make sense.

In the short term, policy-makers can address the lack of demand by adopting an appropriate mix of monetary and fiscal policies – and they have the means to do so. Far from the caricature of “conservative central bankers”, policymakers across the world have deployed incredible creativity to address stumbling demand. We will demonstrate that monetary policy will never be the same as before the Global Financial Crisis (GFC) but the extension of their tool box is there to last and central bank balance sheets will continue to play an active role, alongside interest rates, in cyclical management. This is all the more true given that elevated debt levels make rising interest rates a mixed blessing across countries. Yet in some regions, even if monetary policy has managed to buffer a cyclical downturn and prevent a deep-dive in deflation, more still needs to be done. As more pressure is put on central bankers to normalise, fiscal policy has to take over to lift demand and help restore cyclical momentum and this is particularly the case in the euro area, where some, but not all countries, have the fiscal space to do so. Overall, we see some potential for cyclical policies to help lift growth in the US, in the north of Europe and we expect China to continue on this path, despite rising imbalances.

Looking into the medium term, we also examine how the saving glut is set to resorb, while productivity will regain some strength and may even be boosted by the digital economy, especially if structural reforms provide a tailwind. First, we anticipate saving rates will decrease in both developed markets (DMs) and EMs. In the former, ageing projections, and assuming little changes in inequality, suggest a slowly declining saving rate as countries pass the ageing peak. Across EMs, we analyse how the changing growth model, from export-driven towards more domestic investment and consumption, together with improved financial institutions, will slow the pace of accumulated savings. Notably, the build-up in FX reserves which followed the balance of payment crises of the 1990s appears to be coming to a standstill. Elsewhere Middle-East oil savers also have to face the challenging environment of lower oil prices. In all, we expect that this will mean less global savings chasing investments.

Second, we show that as economies recover, human capital and investment will push the global economy toward higher growth rates than observed since the financial crisis. Even with conservative assumptions on a productivity level and without complacency on the impact of Brexit, our estimates put the US trend growth at 1.6%, while the UK (affected by Brexit) and the euro area would reach an average of 1.25%, while Japan would remain around 0.6% over the coming decade.

Our report also disputes the idea that technology is “everywhere but in the data”. Technology is already showing in the data. For instance, data-driven decision making has already improved productivity by 5% to 6% for firms that use it and autonomous machines may likewise boost productivity by up to 60%. We believe the countries investing most heavily in the digital economy will benefit extensively, as they will be the most well-equipped to seize opportunities to reform their production capabilities. Additionally, policymakers can go even further. For example, they could reform their labour and product markets to ensure that new technology and digital developments diffuse rapidly, which will in turn increase production levels and therefore potentially boost trend growth. Should the technology drive spread out even faster, everything else being equal, growth could be elevated by about 0.9pp in the US and 0.3pp in the euro area. Should structural reforms be implemented, the euro area could even catch-up with the US.

This also shakes up our own market views. Taking into account these growth estimates and modelling the term premium, we estimate that US long-term rates should return to 3.4% in the coming five years. This is certainly far from current levels, implying a multi-year normalisation that should radically affect asset allocations. We are not only leaving a world of declining rates and inflation but we are also turning to a world where rates will converge towards higher levels and inflation closer to central bank targets. However it is unlikely that we will see a return to levels last seen in the 1990s and 2000s. With the gradual unwind of central bank unconventional policies, we expect the term premium to rise back to 40bps, well above its current level but also below its historical average of 90bps since 2008 and 135bps since 1991.

Turning to equities, we feel that DM equity risk premia will remain elevated for an extended period, a pattern which has followed previous financial crises. We estimate that the US equity premium will remain around its current level of 3.6% in our central growth scenario, while it could decline to 3% if technology was diffusing faster. Yet overall we remain cautious as growth becomes more elevated but not to the past prevailing extent as yields return to higher levels. But overall there is an implicit and intrinsic greater economic uncertainty, which strengthens the case for active management of equity investments.

Given that previous episodes of rising rates have scarcely been smooth operations, we also take a deep dive into financial market stability analysis. Somewhat ironically, these risks may have been exacerbated by the very policies deployed to restore stability in the wake of the crisis in the first place. Our research focuses on system-wide leverage (credit gaps), valuations (across assets), credit fundamentals (e.g. US corporates), investor behaviour and downside liquidity risks. It suggests the key ingredients of another financial crisis are mostly absent at the current juncture but there are certain elements in markets which may be a cause for concern such as stretched fixed income valuations and constrained market liquidity.

We also have a special focus chapter on real assets, an alternative asset class that offers illiquidity premia while bringing some diversification. It presents the key features of the market and offers suggestions as the economy turns upwards and rates start to rise again. More specifically, we argue that investing in property markets is about anticipating the cycle peak by shifting allocations towards more defensive, income-focused strategies.