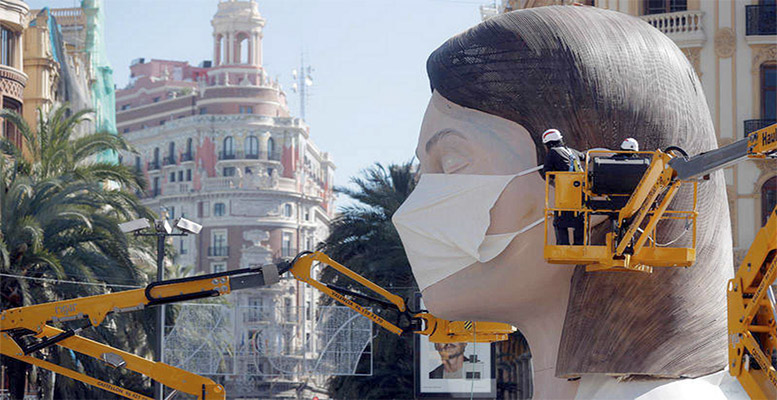 The rapid spread of the coronavirus in Spain is sparking a decline in activity for many companies, beyond just the shops, bars and restaurants which have been forced to close. Some giants such as SEAT, Volkswagen or Burger King have announced that they are going to launch temporary layoffs (so called ERTEs) to deal with the situation. The Spanish government calculates that the extraordinary measures already activated could affect up to one million jobs. So the government has made this figure more flexible in an attempt to avoid job destruction.

Labor Minister Yolanda Díaz has estimated between 400 and 500 affected by the ERTEs were “queuing up” at the Employment Office. “An overwhelming figure,” the minister acknowledged. In Catalonia alone, there were already about 152,230 workers affected by a redundancy scheme up until Friday March 20.

News agency Europa Press has drawn up a “barometer” of those companies which have announced ERTEs and how many workers will be affected by them.

This is one of the sectors most affected by the coronavirus pandemic due to the closure of borders and cancellations of flight connections. As a result, this situation has begun to translate into adjustments and job suspensions at many firms trying to reduce costs as they are faced with plummeting income. Globalia, Air Europa (3,600 workers), Iberia (13,700), Norwegian (7,300 workers worldwide), Ryanair (1,500 in Spain) and Air Nostrum (1,439) have all presented ERTEs to reduce the impact of coronavirus on their accounts.

Another industry strongly impacted by the halt on activity is the automotive and auxiliary industries. Seat (14,800 workers) Nissan (3,300 at its plants in Catalonia and 200 in Avila) or Mercedes-Benz Vitoria (5,000) have detailed their plans. Meanwhile, Renault, Volkswagen or Ford Almussafes have not given the figures of workers affected by an ERTE. The auxiliary industry, namely spare parts and workshops, has also been affected. Vauste (134 workers), Ficosa (1,400), Lingotes Especiales, S.A., Euromaster (750) and Valeo Iluminación (3,000) have already presented their plan.

In industry, the train and railway equipment company CAF has announced an ERTE for 4,400 workers (3,000 in Beasain and 1,400 in Irún). Similarly, Pikolín (870 employees), Tendam (7,000), Kostal Eléctrica (800) and Bosch Service Solutions (1,300) have already submitted or announced their plans. Other companies, such as Tubos Reunidos, Sestao’s ACB, Lladró or Fujitsu have said they will present ERTEs, but have not yet detailed the number of workers affected.

Fashion firms, gyms and restaurant chains have also joined the wave of ERTEs this week. Ingesport (which manages GO-fit gyms in Spain and Portugal) has presented an ERTE to all its employees. That said, it will complement its employees’ remuneration up to 100% so their purchasing power does not suffer. Burger King (14,000 employees), Zena Alsea, the owner of Vips or Starbucks (22,000), Adolfo Domínguez (909), Liwe (1,900), Pompeii (50), Dentix (3,200), Desigual (1,359), H&M (6,000) and Brico Depôt (1,548) have all implemented ERTEs lasting until the end of the state of emergency.

In addition, Cabify has announced a reduction in the working day for its 450 employees in Spain. Inditex will present an ERTE affecting 25,000 employees, but this will only be activated if the state of emergency continues beyond 15 April.