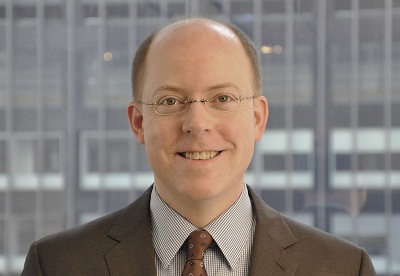 WASHINGTON | Second part of our conversation with Colin Fenton, global head of Commodities Research and Strategy at J.P. Morgan.

What will be the effect of the closing of Iranian exports to Europe. Will it take a lot of time or effort to adapt European oil refineries to other types of oil? It always take some time to adapt, and reorientation of supply pathways, especially with trade barriers, tends to have the effect of widening spreads between the prices of different grades of crude oil. But, as novel pathways are demanded and go into effect, refineries that otherwise would likely have shut down in Europe and in the U.S. East Coast will be well positioned to meet temporary shortages and thus may get a second lease on life. To effect the restart of credit-constrained refineries, margins in these regions will likely be higher than otherwise.

Is there a bubble in unconventional oil and gas, in ethanol, and in deep sea oil in Brazil? I wouldn’t call it a bubble, because the term bubble implies reckless risk-taking and valuations divorced from fundamentals. The investments presently being made in energy, especially in unconventional oil and gas and deepwater Brazil, are sensible. The reality is strong demand is calling for more energy supply through higher prices, and human ingenuity is responding forcefully to solve the energy problem. But it is difficult, if not impossible, to predict which will be the winning innovations and which companies will produce them.

Just a few years ago, it seemed to many that ethanol production, mandated by governments around the world, was a safe investment. But as the world entered the recession, the inflationary impact of ethanol production on food prices and the sharp drop in gasoline demand caused many of the leading biorefinery companies to go bankrupt, with their assets acquired by strong and traditional petro-refiners like Valero. Conservation is also an important but unpredictable trend. Gasoline demand, for instance, has been falling in the U.S. due to a number of factors: price; changes in people’s preferences and behavior, and increased regulations. As the cross currents in demand patterns swirl, it is hard to know whether the next billion-dollar energy facility to be built should be in oil, biofuel, gas, or something totally different. But the consumer will always continue to insist on cheap and reliable energy on demand.

Natural gas and oil prices are no longer synchronized in the U.S. Will that happen also in the rest of the world? There is already a globally interconnected gas market, and shale gas production in the US, and soon in China, Poland, South Africa, and elsewhere, is playing a big role in curbing the upward ascent of oil prices. One of the most effective ways to fight higher oil prices is to invest in natural gas.

So, countries like Algeria, which relies heavily on its exports of natural gas (to Spain and Italy), should be worried? The forecasts for them are still good, but nobody knows where the energy market will be five to ten years from now, so all producers and consumers should be open-minded about the potentially large changes in how energy is made, transported, stored, and used on this planet. The worst possible policy is keeping energy prices artificially low (thorough subsidies): it keeps demand high and prevents people from investing. As I said, there is structurally more demand than production, thus a high price is required to regulate the balance on the margin. The investment requirements are enormous: even the most conservative projections estimate our global civilization needs to invest one trillion dollars per year, every year, for the next 20 to 30 years, to build the energy infrastructure that will sustain economic growth for the next 50-to-100 years. As a result, we believe the commodities supercycle will persist for another 10 years and oil and gas will retain dominant market shares.