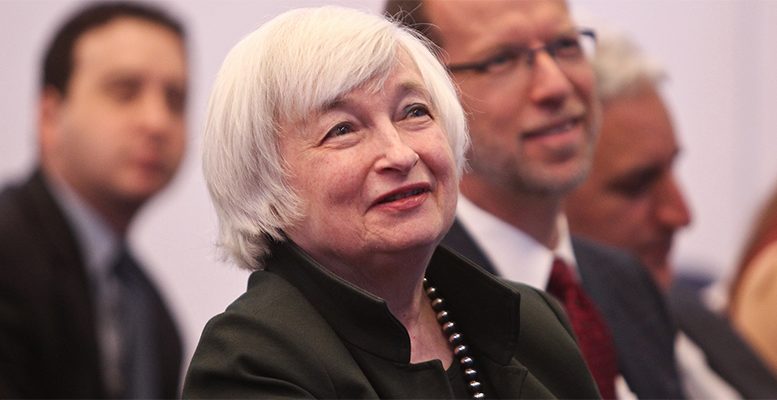 James Alexander via Historinhas | Market Monetarists must hope that Mark Carney doesn’t seek to defend the pound, but let currency weakness do it’s magic, monetarily offsetting any expected economic weakness. A drop in the pound is not like a drop in the price of a company after a profit warning that reflects a weaker future. Of course, a hit to potential economic growth will damage the value of the UK economy but the currency is a different issue. Currency reflects the monetary value of the economy not its real economic prospects.

Low or negative real economic growth but with even lower inflation tends to see currency appreciation, like in Japan or Switzerland. If there were expected to be 5% real growth and 5% inflation, other things being equal, the currency would not move.

If (as 95% of economists forecast) the UK leaving the EU were to result in 5% less real economic growth over time, or even a recession, then the central bank should ensure nominal growth stays at a level 5%. The pound could then fall up to 10%, other things being equal, ie ignoring what other currency blocs are doing. That would be the right thing for the central bank to allow and even facilitate. The currency drop would then automatically boost domestic demand offsetting the drop from “lost confidence” in the future, or whatever is supposed to happen to the UK outside the EU.

I suspect no such dramatic drop in real GDP as things change very slowly when it comes to international affairs, and businesses and consumers adjust their behaviour to fit the expected new environment. The UK government should focus on eliminating any supply side restraints on the economy and any potential tariffs that the EU may impose.

What the EU should do
Clearly the remaining EU members should be very careful about entering tariff wars given the modest nominal and real growth they currently enjoy. The Euro Area likewise. The Euro Area should move to a loose monetary policy by either abolishing the inflation ceiling or better still targeting nominal growth of 4-5%.

Draghi was recently asked in the European Parliament why he didn’t raise the inflation target. His reply betrayed a profound confusion about his current stance. His ECB projects 1.6% inflation two years away. De jure, his monetary stance is only neutral. De facto, market prices indicate much lower inflation two years out, thus the stance is actually very tight. Raising the inflation target or introducing nominal income growth targets would allow the market to expect no tightening if inflation were to go above 2%, thus easing policy as expectations for policy would be easier.

What will Yellen do next?
The more interesting question for the US is what excuse Janet Yellen might now have to come up with to explain away the consequences of the Fed’s tight monetary policy. She may think it is “highly accommodative” because rates are low and the Fed balance sheet bloated with QE securities. To be fair, very many economists and market commentators think likewise, making the same basic mistake. But Market Monetarists know better.